It’s that time of year when cycling in Belgium is on another level. But what makes this country so unique?

The famous cobbled roads, many bike paths and historic villages scattered across the countryside, and it’s most definitely a cycling friendly place with endless roads to explore. The Spring Classics are in full swing and spectators flock to line the roads and watch the world’s very best classics riders battle it out in all conditions. 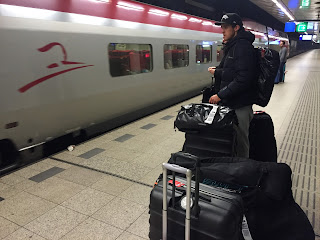 After a few hours spent in the air and on the ground, teammate Tom Scully and I enjoyed the traveling experience of catching a high-speed train from Amsterdam Airport to the team house in Izegem, Belgium.

After the recent Brussels terror attacks, arriving at the metro station was a little unnerving, so when we experienced an alarming security raid on platform 16, which was where we were about to board our train, it’s fair to say Tom and I weren’t overly relaxed.

With a broken escalator, we lugged our bags and bikes up to the platform when no more than a few minutes later, the platform was filled with security, police and army officers directing passengers and shouting in Dutch for us all to evacuate the area. Racing down the stairs with all our bags again, we waited patiently before boarding our train on another platform. It was quite a rush, but we eventually made our way to our final destination safely. 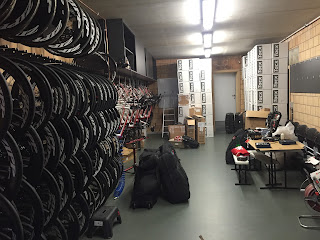 The team house is to be our home-away-from-home for the year and located within, there is an impressive range of product, including Zipp wheels and Swift bikes. It’s a cyclist’s man cave. 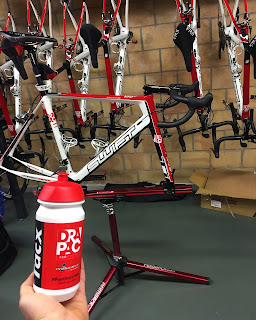 Having a base here in Belgium enables me to focus on the racing without travelling back and forth from Australia. It can be a lot of sacrifice but to chase your dreams it’s a sacrifice you have to be willing to pay. I’m fortunate enough to have a very supportive family, loving girlfriend and supportive friends to help me with this. 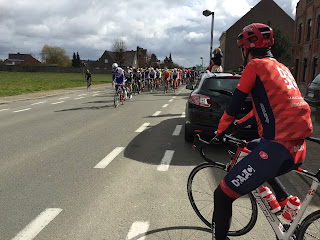 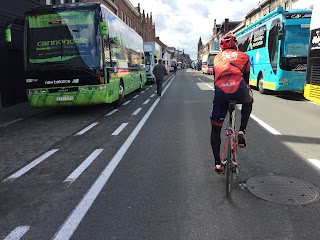 Since arriving, I enjoyed my first ride here venturing out through the network of roads to watch the Gent – Wevelgem race with teammate Tom Scully. Heading out training and seeing a WT classics race pass by made for a nice mid-ride stop. It was inspiring to watch and motivating for the future, aiming to be in the race myself in the near future. 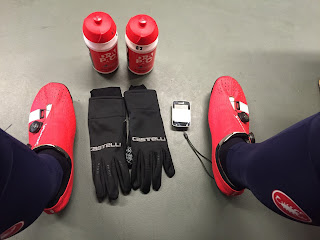 My racing program is concentrated in and around Europe throughout April and May, before heading to Asia in June and returning to Australia for a short break following that.

My first race will be in France, the one day Route Adelie de Vitre, which takes place on the 1st April. I then head to another one day race the Paris-Camembert on the 3rd April before the first of many tours begins on the 5th April, with Circuit Cycliste Sarthe taking place over four days.

I’m looking forward to the upcoming races, learning from new experiences and fighting hard to proudly display the Drapac outfit at the pointy end of the races.

Keep an eye out for my next race reports, some inside pictures of our team and a taste of what European racing is all about.