Lining up in my second ever WorldTour race, I was thrilled for the opportunity and eager to race against the world’s best. 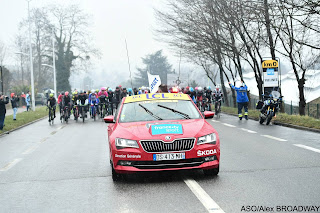 The ‘Race to the Sun’ is traditionally known to experience miserable weather on route to Nice where conditions later improve. The first day proved that to be true with filthy weather conditions making it a tough day on the bike. 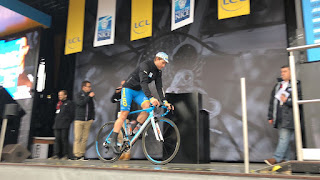 After 30mins I was starting to feel cold, wet and after a couple of hours I couldn’t feel my legs, they were just numb and it was a challenge to put down the power.

The finish was tough and the last 800m was slightly uphill and on cobbles. Delio had a good ride for 18th and I finished safely a few mins back and quickly took a warm shower. Bienvenue to Paris-Nice.

Day 2 saw the longest stage of the Tour and also the slowest. In unusual circumstances, the peloton cruised the first 90km with no one wanting to take the lead or make an escape due to the wind direction, which was a head-wind for most of the 210km stage.

I spent my time making conversation with many riders in the bunch including Australian’s Simon Gerrans, Alex Edmonson and Mitch Docker and my former teammate Tom Scully. 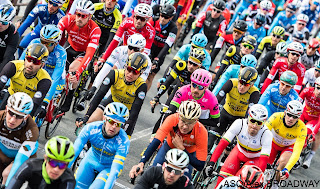 One thing is for sure and that is, in WorldTour races, when they go, they go!!! Sprinters teams got organised and before I knew it we were flying along at 60km/hr with 30km to go, a crazy peloton charging to the finish.

It was messy, banging bars at high speeds, chops left, right, sharp braking, it was a real French sprint that’s for sure!

I was well supported by the team, with Kasper and Evaldas my last two men doing a great job. Kasper unfortunately got held up in a crash and I missed him in the finale but Evaldas did superb work to get me near the front with 5km to go. I looked right, there is Dylan Groenewegen, looked left and it’s Arnaud Démare, and in front of me was André Greipel. I didn’t have time to be star struck but I was in good company. 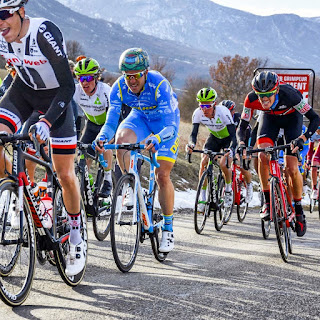 What let me down was not boxing on hard enough to limit my losses in positioning in the final 2km’s, being swamped by more riders and their teams taking dive-bombs into the final roundabouts and corners.

I was too far back and not in contention but sprinted to 16th place. Lessons learned and positives to take away from my post-race analysis.

For sure, there is pressure to perform, to win, to get a result, but that’s racing and I don’t feel like the pressure gets to me. If you could perfect every sprint it would be like winning the lottery whenever you wanted - you’d be living the dream but that’s not possible in reality. 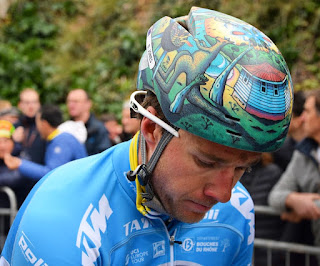 I do know, that through perseverance and hard work, I will eventually get the rewards I am working hard for.

Mostly, I just want to get the next result for my team and supporters who put so much effort into supporting me. I can’t explain how lucky I am to have a team with so much belief and faith in me and I just want to finish it off for them. 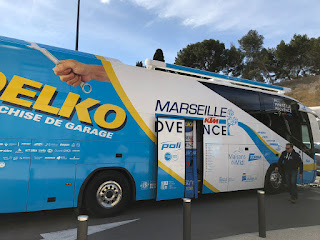 Riding for a Pro-Continental team, you don’t get much respect from the WT teams so you need to fight even more for positioning and hold your own. It’s hard for sure, but that’s racing. 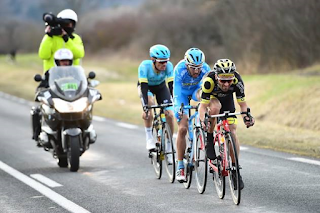 The best result of the week came on Stage 3 with my teammate Remy taking third place on the stage. He was in a late breakaway which went clear after the final climb and tried numerous times in the finale to go solo. He is an experienced rider and a good teammate, I was pleased to see him get a nice result for himself and the team. 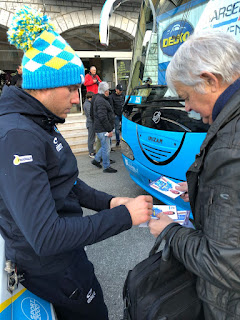 Stage 5 was a good one for me in terms of riding well over the terrain and surviving to the finish in the main group. I didn’t get a good run in the sprint as I lost all my speed from a chain reaction in the bunch from a crash.

My legs were good, ready to make a sprint and I was calm. I could have got to the front earlier, maybe looking back it could have helped but then again I could have also been involved in that crash! You can watch a race and tell someone what they should do, however it’s not always the right thing to do or possible at the time but it’s also important to take feedback and keep perfecting race craft. 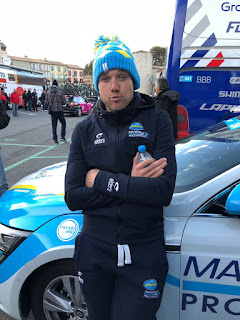 I abandoned the race on the penultimate day which was another cold and wet stage. I made sure I helped Remy and our climbers out in the first half of the race and after about 90kilometres I found myself at the back alongside a few others including Dan Martin who were all stopping at the same feedzone.

Into a warm car, to stay healthy and start my recovery before a block of Belgium racing that starts Wednesday.
Until then, stay safe and make the most of every moment!