It was only a few years ago that I was watching Paris-Roubaix in the middle of the night at home in Australia, but last week I joined my Delko Marseille Provence KTM teammates to take part in the biggest race of my career.

In the lead up to the race, I had received so many messages wishing me good luck and telling me to enjoy the experience and soak up the atmosphere and that’s exactly what I did.

On the Saturday before the race we had Team’s Presentation, took photos and signed autographs. The environment was literally buzzing and I was excited to be there. 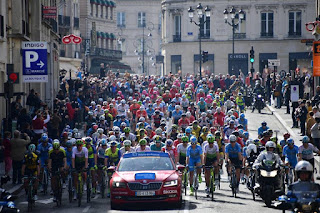 Fueling up for the 257km race would require plenty of carbs and protein to give the body enough energy to race the distance. I didn’t change too much with my diet, I just made sure the big plate of pasta and some protein the night before had hit the spot.

I knew my first Paris-Roubaix would be challenging, I didn’t know what to expect but I was prepared to learn from my mistakes and gain experience in the hope I would be able to return to the race again soon. 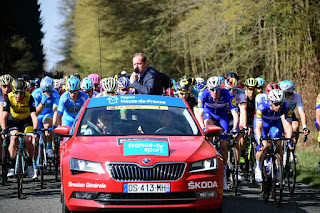 I fought well in the beginning, heading into the first few sectors near the front around 20-25 wheels back, elbows out, with eventual winner Peter Sagan surrounded by his team on my left and on my right were more race favorites all fighting to be at the front and avoid the crashes that would inevitably happen behind us.

I felt good, my bike handling skills were up to the task - my old MTB days had done the job well and I was loving it. 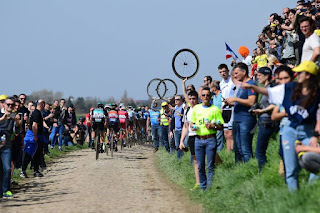 It was just brutal. It was a constant fight to keep near the front but at the same trying to save energy. In between the sectors, the main roads were smooth but the peloton just went even faster, full gas!

One lesson I learnt was that you might have a mechanical, crash or get out of position, but if you’re strong you can always return and get back to where you need to be.  Already in the first few cobbled sectors, there were crashes and many bike mechanicals and I saw some big name riders like Alexander Kristoff get a puncture, only to return a few cobbled sectors later.

In the early part of the race, I tried a few times to get away and make the early break away. I did, but it wasn’t for long, lasting about 5km before the active peloton rejoined us and then the attacks resumed again. I thought I was away and that we were gone, but I thought wrong. I spent a bit of energy out there for that effort and it was a fast start on rolling terrain, not easy and not flat.

The little bit extra energy I spent and my lack of fight for position around the 150km mark would see me loose contact with the front group. It was just after a cobbled section, the bunch was single file going super fast and gaps started to open up. I was distanced from the charging peloton and couldn’t hold on. 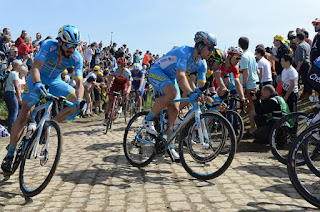 Of course I was disappointed, I wanted to go further in the race and make it to the finish, but with 60km’s to go and riding with only one other guy it was a tough ask to make it. I didn’t stop at 200km’s knowing that I hadn’t tried, I did have a go, I was at the front and I did start the cobbles not far off where I wanted to be. There were positives to take away and it could have gone a lot worse up until then.

I know I will return one day, I love this race with its atmosphere and reputation that is something special. I can return here and strive for a result, with the experience gained and more hard work I know I can make it happen.

The opportunity was amazing and I’m grateful to my team and the support they gave us leading into the race. It was even more special to share it with my Brother, Jarryd and Dad, Chris who had flown all the way from Australia to see the race and help support the team and I.

My three most memorable highlights were:

1. Beginning the very first cobbled Sector at the front of the bunch and banging bars with the world’s most respected and established Classics riders.

2. Racing through the Arenberg Forest. The noise of the crowd was so loud it was deafening with each sector lined with fans, probably having travelled the world to see the race. It was both a thrilling and humbling experience.

3. Getting a biddon from my brother Jarryd and Dad from the feeding zones. They are my biggest supporters, so it was a special moment for both them and I. 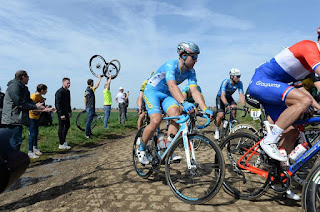 I might not have finished at the Velodrome this year, but I’ll be back and ready to take it on again. The Hell of the North was my dream since I was a boy and to have experienced it only makes me want to improve even more, like I’ve done my whole career, step by step, with persistence and dedication.