The desert, heat and cycling aren’t the usual combination for your typical bike race, but that’s exactly what we encountered in the inaugural Abu Dhabi Tour.

After spending the past eight weeks in Europe, I was looking forward to a change in scenery and catching up with my Drapac teammates.

Arriving in Abu Dhabi, we were treating with some amazing 5-star hotels in the middle of the desert, and with the picturesque sand dunes littered along the horizon, the views were pretty awesome too.

The Crown Plaza hotel, Yas Island, had amazing service, a relaxing pool and was situated only a short walk from both the Water Park and Ferrari World. 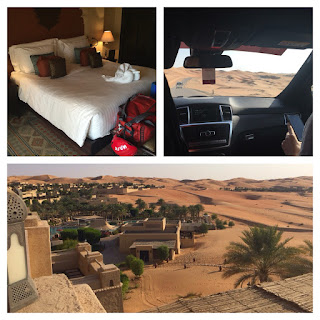 With 11 World Tour teams and 4 Pro-Continental teams, the race was filled with talented teams and riders, including recently crowned world champion Peter Sagan. Fellow fast men in Viviani, Kittel & Boonen were also there, plus climbing stars like Nibali, Chavez and Aru. These guys are the BEST in the world, so what an opportunity and experience to rub shoulders with them! 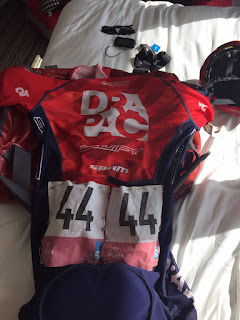 On day one the temperature peaked at 47 degrees, meaning there was a constant stream of service from the team cars for fresh cold drink bottles and ice socks.

Unfortunately for Trav Meyer, his Tour ended during stage one with illness, so we were down to five riders.

Will Clarke enjoyed 80km in the breakaway, winning the first intermediate sprint before succumbing to the 47-degree temperatures. As he quoted “it was the hottest day on the bike, ever!”

Adam Phelan showed his strength placing 12th on stage one, always maintain a good position to support the team in the finish. 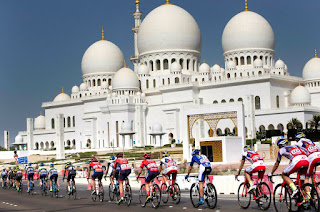 Graeme Brown was always up for some messy finishes, mixing it with the big teams and making a path through the field in the final few kilometers. It’s great to have an experienced guy like Brownie on the team, helping the younger riders like me and providing the team with a little respect alongside fellow pro teams.

Brendan Canty guest rode with the team for the race, and on the one climbing opportunity he had, he placed a respectable 14th against his quality climbing competition, showing good signs for improvement ahead of next season when he joins the team.

I was out of position on stage one, a flat tire with 23km to go on stage two (when we averaged 60km/hr for the final 20km), then a fast, furious and technical finish on stage four saw positioning be the deciding factor again in the finish.

Sometimes you flow through the bunch effortlessly, other times it can feel like a roadblock, but I know that when it rains, it pours and a win is just around the corner! 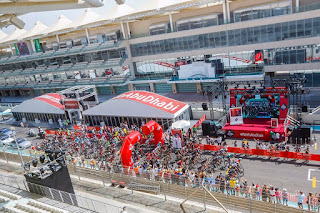 Next up, the UCI 2HC Tour of Hainan, in China on October 21-30. It will be my last race of the 2015 season, and I am hoping to finish on a high and stand on the top step of the podium.