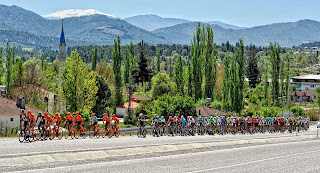 It only seems like yesterday, when I was training on the ergo whilst watching an Australian based team mix it with the best in the Tour of Turkey. Fast forward to 2015 and I’m now riding for Drapac Pro Cycling, racing against some of the worlds best in the same race. 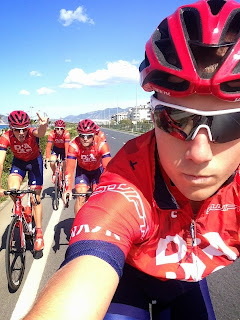 It’s awesome to have that opportunity as a neo-pro, racing new races around the globe gaining valuable experience with the goal to win some of these races in the near future. It will take time, patience and hard work, but before you can step into winning races, you must gain experience and learn how to race at the highest level. 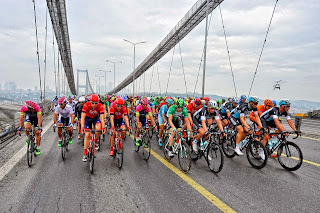 Our main objective would be to develop our lead-out train, improving as we go and showing our colors at the front whilst racing against the worlds best in Etixx-Quickstep, the team of Mark Cavendish.

Teamwork is powerful when everyone is on the same page, but it can suffer when everyone is new or still learning the ropes, hence our objective to improve as a team during the Tour of Turkey.

The racing was fast, hard and competitive everyday. Over the eight stages, we raced approximately 32 hours and covered around 1,300 kilometres. It was definitely the biggest week I’ve done, for as long as I can remember. 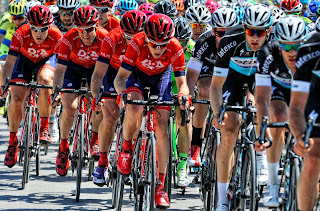 My highlight for the tour was racing alongside guys like Mark Cavendish, Tom Boonen and Andrea Greipel in the sprints, along with my teammates who were giving it their all to get me to the front. 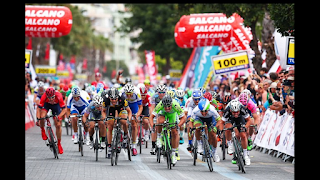 I placed a respectable 9th on the first stage, finishing strongly after being a little boxed in towards the finish. It was a good sign on where I need to be and what I need to do to be that little bit closer to the podium next time. I was pleased to be in the mix, but am aiming for better in the near future. 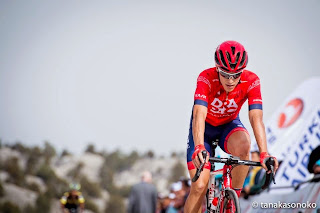 Teammate Adam Phelan made the breakaway on stage one and continued to ride strongly all week. He finish in 12th place not once, but twice, on stage four and stage seven and supported the team the rest of the week also. 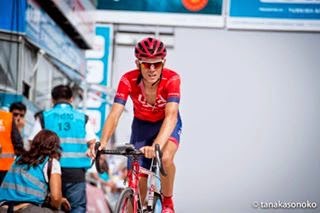 Tim Roe was in the mix on the climbing stages, finishing 24th on stage six. He was a key part in the lead-out, along with Sam Spokes who was a crucial support to Tim on the hilly stages. 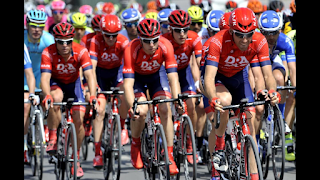 Bernie and Peter rode aggressively all week, featuring in many small breakaways which unfortunate never stayed clear. Both riders played important roles in the lead-outs, showing strength and determination to match the powerful World Tour teams. 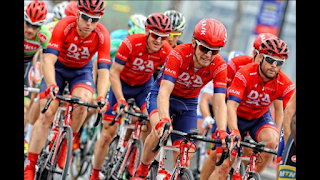 Brownie and Mal were the final two lead-out men in front of me for the sprints, helping me get to the front on stage one to run top-10 and keeping me out of trouble as best they could. Having the experience with Brownie was valuable for the whole team, learning different things throughout the race and improving our own race craft. Playing lead-out man all week, he was given the opportunity to sprint himself on the final stage. The whole team showed great power riding the front to keep him safe, but after narrowly avoiding a crash, his chain fell off in the last few kilometers and he struggled to get back to the front. It was nice to support another teammate, with Brownie not remembering the last time he was given an opportunity to sprint, always playing the lead-out man and captain roles, so he appreciated it.

Looking back on the week, our objectives were reached and with a new experience under the belt, hopefully we can come back next year and turn those small goals into results! 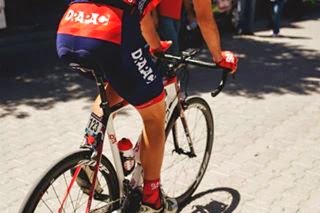 It’s very easy to sit back and watch the big screen and dictate the race from the couch, but I can assure you, to get it right amongst the quality we’re racing against will take time and persistence. This week we improved our teamwork and challenged the other lead-out trains whose experience surpasses ours.

From the five-star hotels and beautiful Turkey scenery, to the memories I shared with my teammates and team staff, it was a great week!

Without much of a break, I head to the Tour of Azerbaijan, a UCI 2.1 category event raced over five days starting on May 6. I’ll be looking for a win in the sprints and supporting my teammates for the general classification. 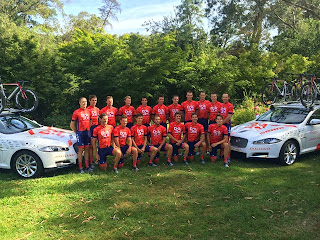 A big thank you to all of our sponsors of Drapac Pro Cycling, all of which provide quality products and supplements, so be sure to support the brands we use!

Thanks also to my supportive family, mum and dad, Mitch and Jarryd and my girlfriend Lucy for all their support too. Sacrifice is a huge part of this sport, and without a close support network you’ll get nowhere, so I can’t thank you all enough.