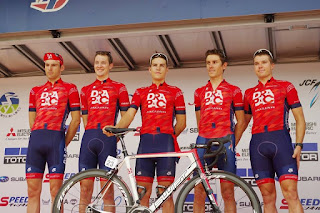 Having raced the 2014 edition, I was looking forward to competing in the 2015 Tour of Japan and was feeling confident about the week ahead.

The eight day, seven-stage tour covered 650 km’s and showcased some stunning landscapes, including Mt Fuji and the city of Tokyo.

The organisation provides each international team with a translator for the Tour, but away from the hotels you’re on your own. A nice big smile, Kon-nichiwa and Arigato will get you just about anywhere though. 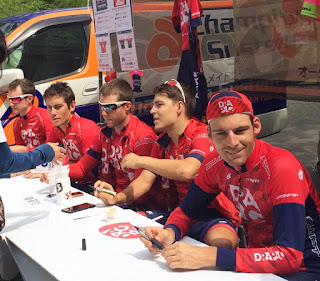 Away from racing, we attended some sponsor commitments for our clothing sponsor Champion System, where we signed autographs for the Japanese fans.

We were even lucky enough to be given some printed action shots and some handmade Japanese paper fans with our names on them from a couple of our passionate supporters.

Leading into the Tour we all had a few more days recovery than before the Tour of Azerbaijan, so I was feeling much better on the bike. 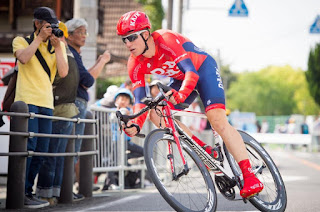 Before the first stage in the Tour, teams take part in a warm up race called the Japan International Criterium. The whole team rode superb with my final lead-out man Peter Koning doing an exceptional job. I was in the perfect position but left it too late and was beaten by two better guys on the day, finding the podium in third. 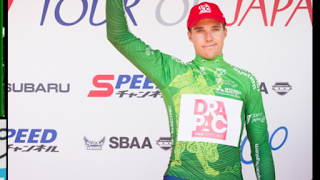 I started the Tour off perfectly, winning the stage one Prologue and being presented with the leaders, young rider and sprint jersey’s. It was my first win as a professional and my first leader’s jersey in a UCI event. To put the Drapac colors on the top step in 2015 was a great reward, and satisfying after finishing 5th here in 2014 while racing with the Avanti Racing Team.

Despite being much shorter in distance than my previous races, the event makes up for it with hard circuit style road races. 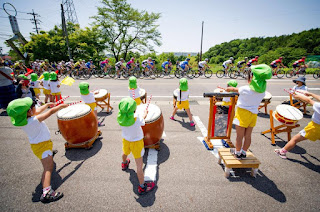 On stage three’s circuit race I placed a respectable fourth in the sprint, having to lead out early to avoid being swamped or boxed in. I had to fight hard to find the perfect wheel in the final few kilometers, but I gave myself the best chance and was satisfied for that. 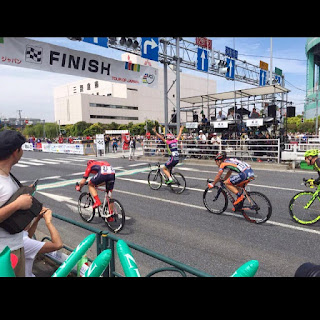 A tough climb up Mt Fuji and a solid 3700m climbing in the Kieran school stage later, I sprinted to second place in the final stage around Tokyo. It was a fast and furious race with a messy finish that caused a nasty crash with 1.4km to go. I narrowly missed the crash and sprinted strongly thanks to a great display of teamwork from my Drapac teammates who had placed me safely at the front. I did everything I could on the day and left with no regrets after what was a hard tour. Patience is the key, and with a positive and focused attitude, I’m confident another win will be on the board soon enough! 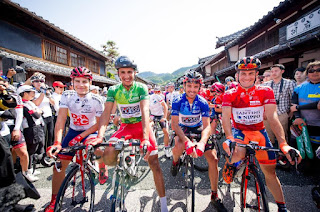 After having an easy week training in Italy, Adam Phelan got off to a flying start on stage one, finishing the Prologue in fourth place. He went on to make the winning breakaway on stage two, finishing in 10th and with that, took the lead in the young riders classification.

His run of good form continued when he placed second on stage four, taking the overall leaders jersey. On a tough Mt Fuji stage, he lost the lead but rode strongly during the remaining stages, playing a crucial role as my final lead-out man on the last day. 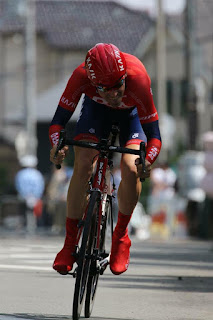 Although short in length, Dutch time-trial specialist Peter Koning, a.k.a Stilts, crossed the line in six place on stage one’s Prologue, ensuring we were well represented with three Drapac riders in the top six.

Playing a supportive role during stage four, Stilts sacrificed all he had to keep Adam safe at the front on the final circuit laps. With 3800m of climbing in 120km’s during the six stage, he helped pace me around the final few laps of the race, ensuring I saved as much energy as possible for the final flat stage in Tokyo.

Workhorses can sometimes go unnoticed in professional teams, so a big shout out to Stilts for his consistent teamwork and sacrifice, which is appreciated by all. 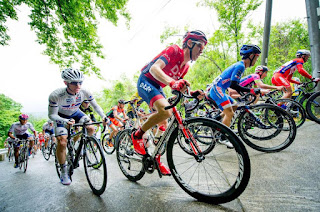 My table tennis cohort and teammate Tim Roe found his legs on stage three, breaking away solo to claim all of the sprint and KOM points for the stage. His strong ride was definitely noticed and it was great to see him off the front representing our colours! As a team, we were always represented in the breaks, so it was great to see Tim taking it in turns to ride aggressively off the front.

With the team in the leaders jersey for stage five’s Mt Fuji climb, Tim showed great teamwork and sacrificed his opportunity of a good result to pace Adam up the climb to the finish line. 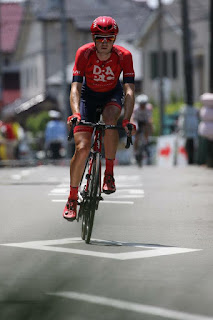 Dylan Girdlestone was another team member to animate the race featuring in many breakaways over the Tour. He placed 17th overall on the General Classification, showing some good form to hang onto the front group on the two hardest road stages.

To conclude our week in Japan, we set off on foot around the streets of Tokyo, eating traditional Japanese foods and exploring the many retail shops. 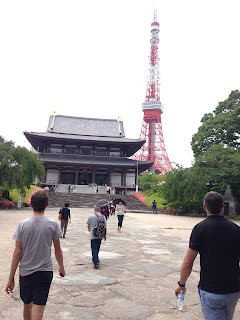 A short 11hrs of travelling later, I arrived back home, settling back into my usual routines. After a solid block of racing, which included the Tour of Turkey, Tour of Azerbaijan and then the Tour of Japan, we came away from Japan with a few successful results and some strong performances. We may have had one rider less than the rest of the field, but it didn’t stop us from being competitive throughout the tour.

I’m looking forward to enjoying my local training roads for a few days, before I travel to the USA to race the Philadelphia Classic, on June 7.