Closing out the 2014 season

In an exciting step forward in my cycling career, I’m delighted to announce that I will join the Professional Continental registered team, Drapac Professional Cycling in 2015.

The move will see a majority of international experience, racing against the worlds best riders in America, Europe and Asia. 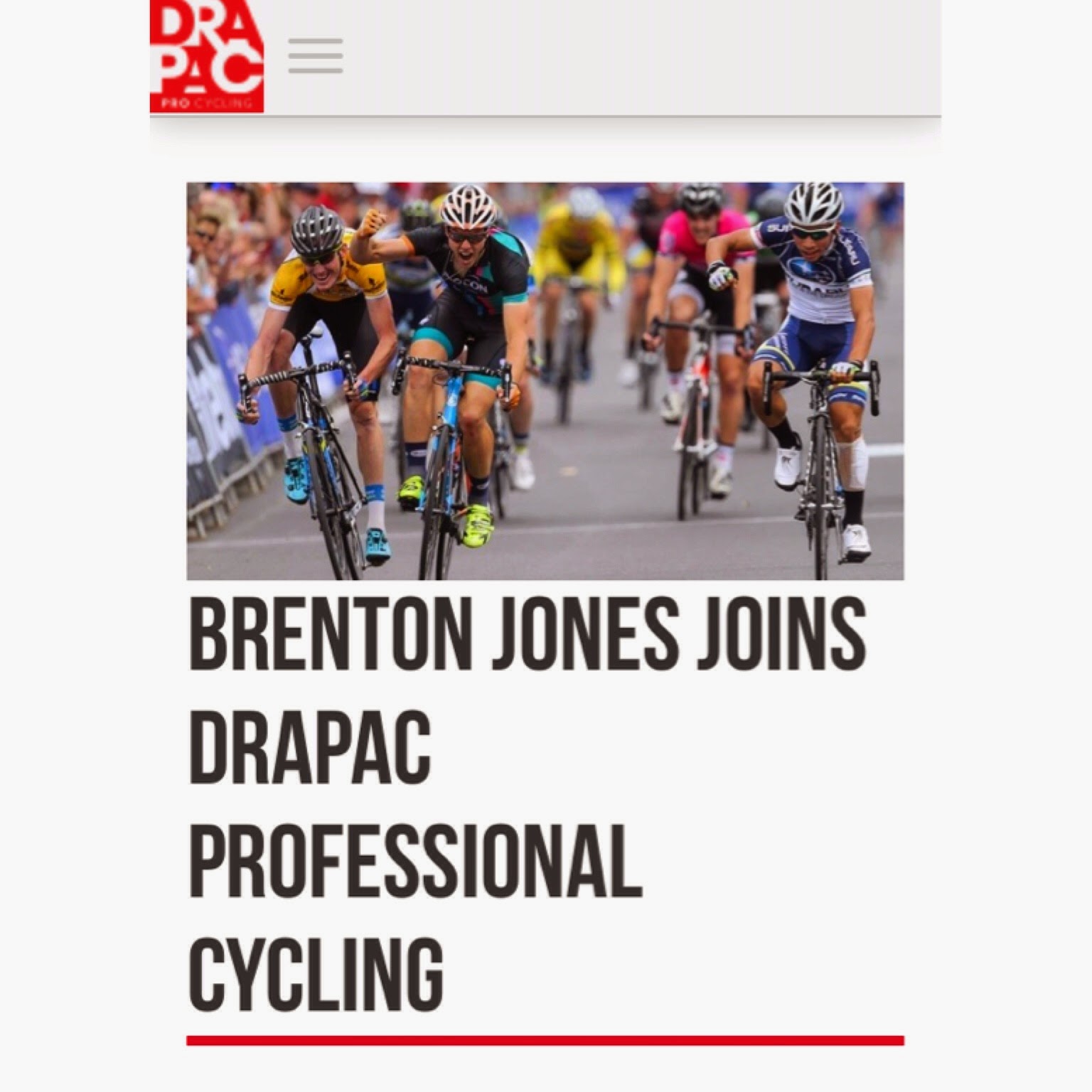 With a number of experienced guys on the team, I’m hoping to learn a lot and develop even more as a rider throughout the year.

Finishing off my 2014 season, the final NRS event of the year took place at the 230km Grafton to Inverell road race. It would be my second last appearance in the Avanti Racing Team colors and with a team focused to finish the season on a high, we only had one real job to do, protect Joe’s NRS lead and make sure he held onto that lead at the end of the day. 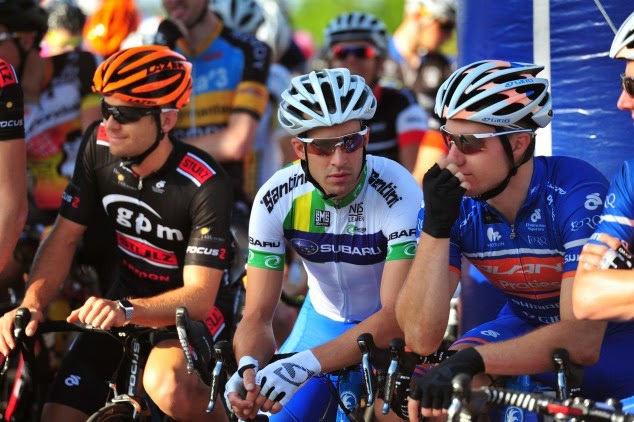 The boys shared the workload early in the race, covering all of the moves until the 30km mark when a small group of 7 riders, including our own Neil van der Ploeg, broke clear and quickly established a sizeable lead.

As the move established, we shouted to Neil, who was the closest positioned rider to the front at that stage, to go, and he followed the move to put us in a positive position out on the road.

At this point, it wasn’t up to us to chase, we had Joe’s lead now protected with the break going clear to take all the NRS points on the line, so Team Budget needed to defend a reachable distance for Tim Roe to bridge across.

Their lead grew out to an un-reachable 17-minute advantage by the time we all hit the base of the 17km Gilbralta Range climb, with temperatures rising and the pace increasing, only 25 guys remained in the front group atop the summit.

For me, the 17km climb was a little too much and approaching the final few kilometers, the heart rate went through the roof, there wasn’t much I could do. 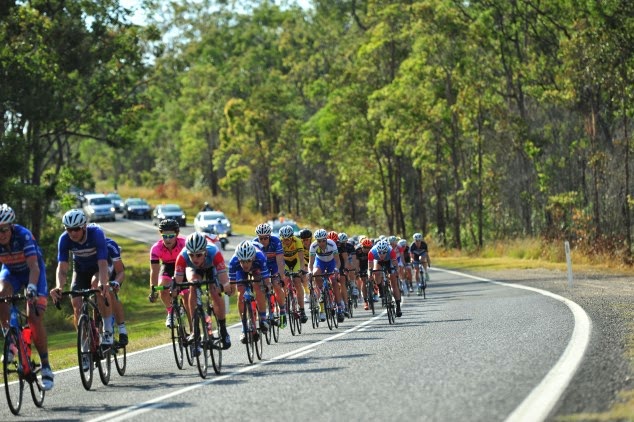 With our climbers looking after Joe comfortably up front and the break establishing a winning lead, my teammates Aaron, Tom and I all found the air-conditioned team car after 160kms to call it a day.

The guys soldiered on up front, with Neil riding strongly in the winning break. Unfortunately, he was out smarted in the finish to place a respectable 4th, but it was enough for Joe to hold onto his Individual NRS series lead and cap off a successful year.

We may not have won the race, but we achieved one of two goals, a result which was much better than none from two.

The National Road Series has been a demanding year for all, but to finish up in high spirits by claiming the Overall Team’s Classification for a fifth year in a row and winning the Individual Classification, which we led from start to finish, is an awesome performance by the whole team. 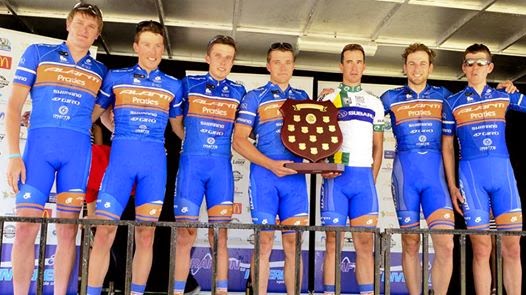 To finish third overall in the season and be the only other rider besides Joe to have worn the leaders jersey throughout the year (during two Tour’s), was a nice accomplishment and something I’m proud of. With a supportive team and dedicated staff, family and friends who’ve guided me along the way, I have achieved goals this year I didn’t think would be possible.

My last race in Avanti colors was the Subaru Noosa Criterium - a weekend which resembles more of an off-season party then a bike race to most. I looked towards the Noosa Criterium with a focused mindset, with it being my last official race of the 2014 season. 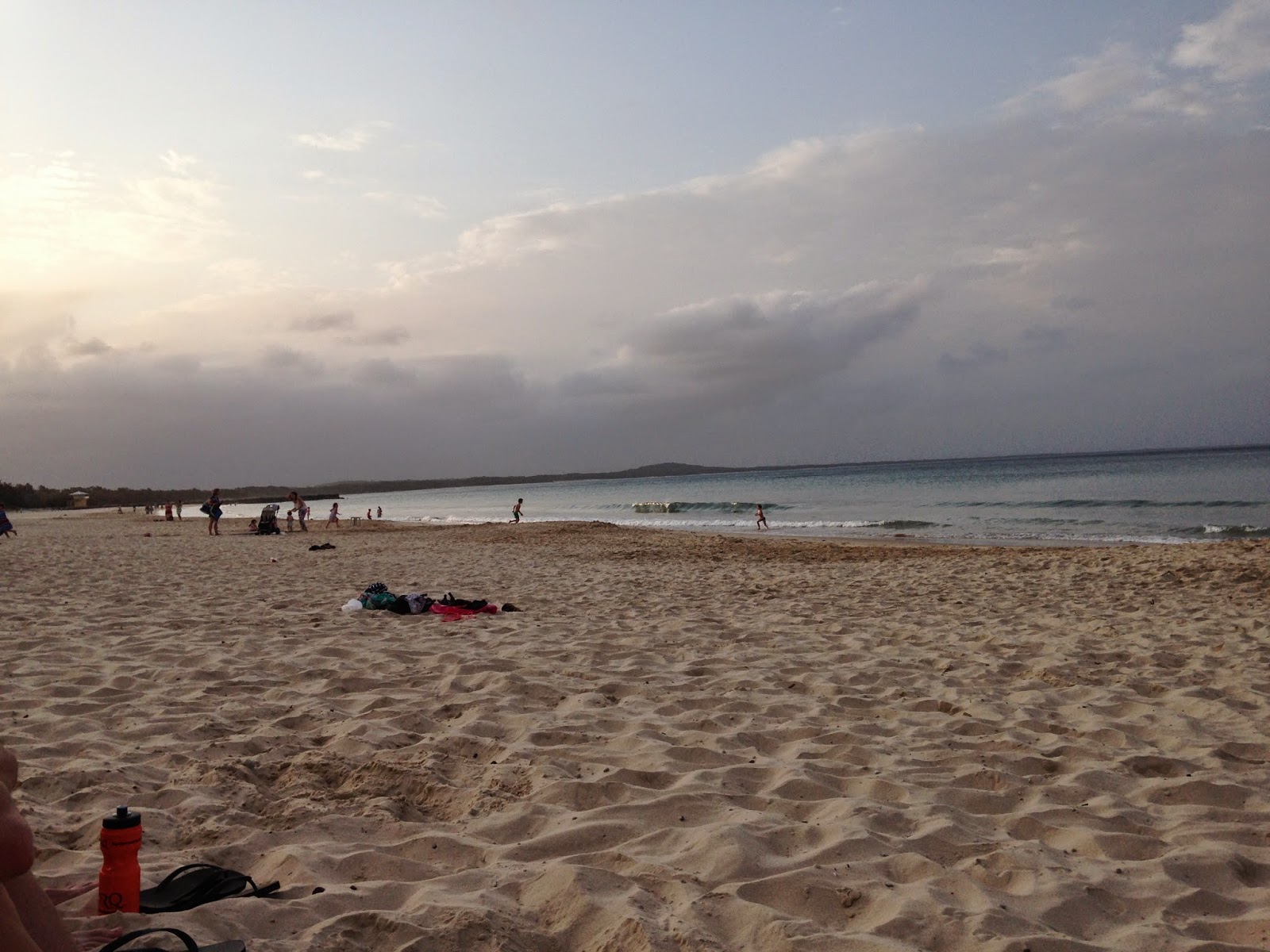 Physically, I had been tapering off my riding, winding down the year, but mentally I was preparing to squeeze whatever I could find out of the legs I knew would be fresh, but lacking in intensity.

In a field full of NRS riders, the racing was aggressive as always, but it was made even more competitive with teams allowed only a maximum of four riders.

Being the number one ranked team, my teammates for this race were Jack Haig, Mark O’Brien & Matt Clark, aka the mountain goats (the ultimate criterium team) who rode superb to control the race from the front.

Despite the continuous pressure being applied over the microphone from commentators Matt Keenan & Rochelle Gilmore, the guys kept composed and rode a great race to give me a chance. The few moves I did follow got quickly shut down and I was marked heavily all race. It was like, whenever the commentators said my name as being the favorite, more riders would either sit-on me or attack the hell out of the boys on the front. 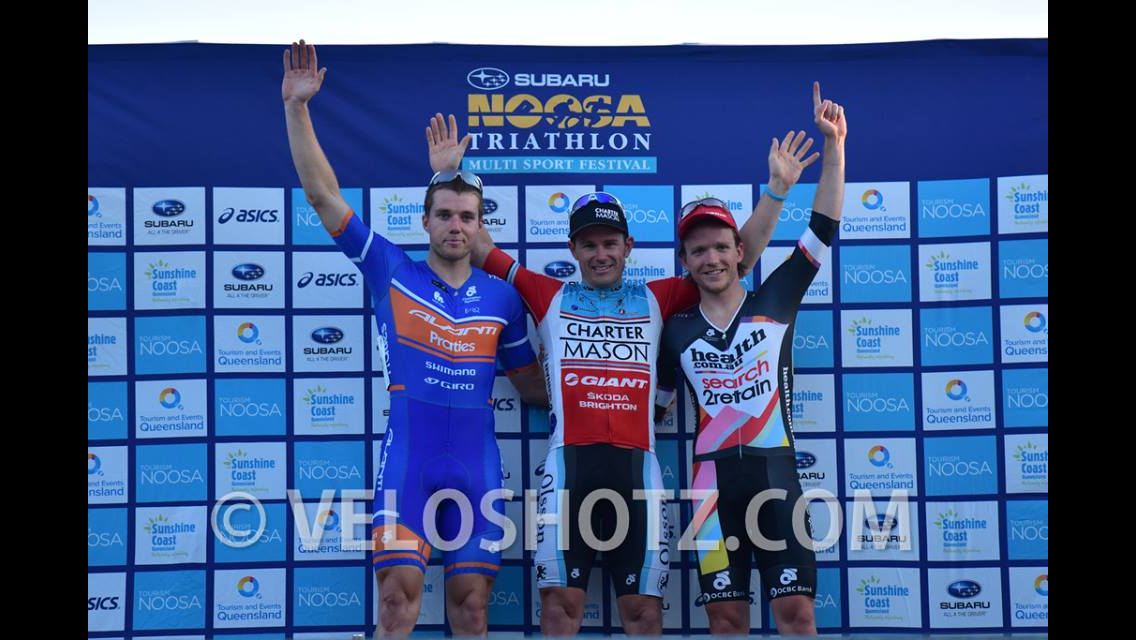 Approaching the last three laps, the boys had done their job and team Charter Mason took up the pace-making to set up Shannon Johnson. I held my position well and despite the craziness in the final lap, made it onto the podium in third after sitting up with 10m to go and being rolled for second. A stupid mistake.

Although disappointed I didn’t win, and also for being rolled into third, I was surprised how well my body responded to be in the mix and podium after what has been a relaxed training schedule, something completely opposite to what is needed for this type of racing. It makes me confident for next season and losing just makes me even hungrier to win again. 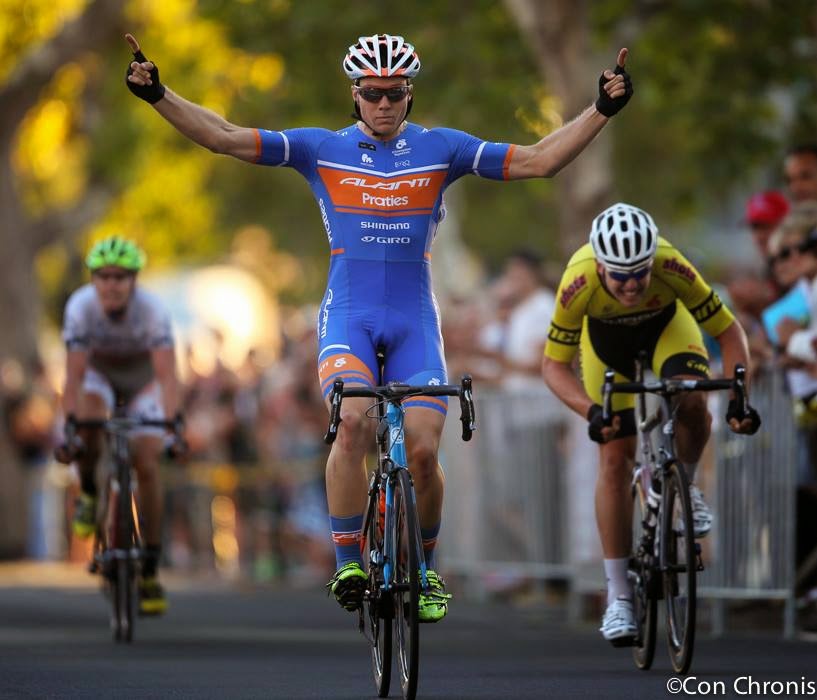 That makes it a third in my first race of 2014 and a third in my last. It’s been an amazing year with 11 wins, 9 seconds, 11 thirds and five top-five’s including three UCI stage wins, three UCI top-fives, an NRS record of 11 podiums in a row (2 wins, 6 seconds, 3 thirds), two overall NRS GC podiums, overall leaders jersey in the NRS (during two Tour’s), third place overall in the individual NRS, a team member of the number one ranked domestic team in Australia and signing my first professional contract.

I’ve achieved more than I would have imagined at the start of 2014 and it gives me so much motivation for 2015! 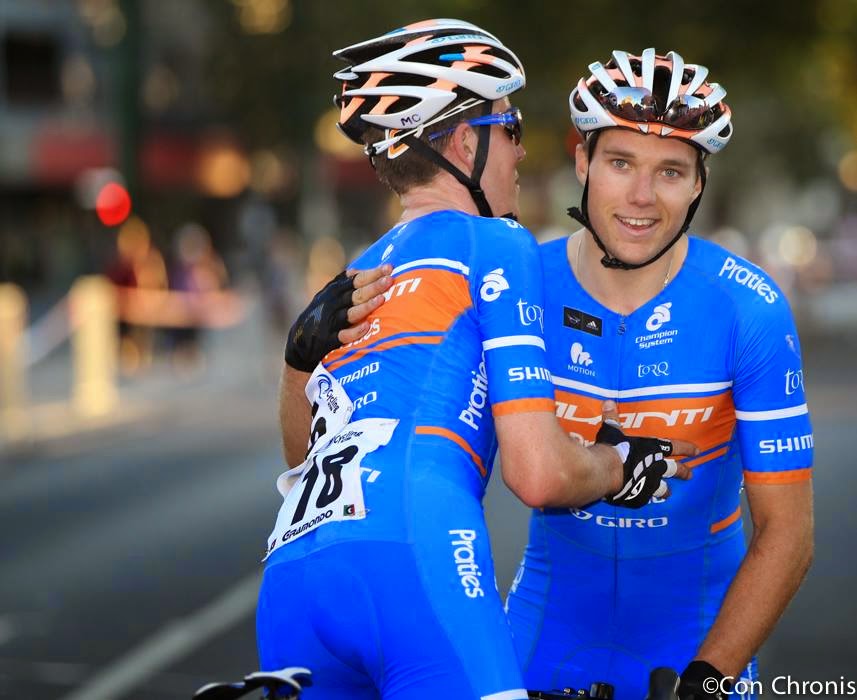 A big thanks to the Avanti Racing Team, our supportive sponsors who’ve made this year possible, our team staff from the owners of the team Andrew & Steve, to the coaches, masseurs and mechanics, it’s been great to be apart of another successful season with Australia’s No.1 domestic team, thank you.

To my family, mum and dad, girlfriend Lucy, brothers and friends, thank you for the guidance, support and sacrifice.

I look forward to the challenges and rewards of next season. Inspired by the success in 2014, I’ll be aiming to continue and improve on the big stages.
Labels: Avanti Racing Team Drapac Pro Cycling National Road Series NRS Leaders Jersey podium place third place