Bags packed, I was again ready for the next cycling race on the calendar with Team Avanti. This time it was off to Toowoomba, Queensland where the 2014 Oceania Road Championships would take place. Toowoomba holds mixed emotions for me being the place I met my girlfriend Lucy for the very first time and where I also made my first NRS podium. But it’s also the location I was airlifted out of after a serious racing accident making it a place I love and hate. We arrived a few days prior to the race, allowing some time for course recon and to acclimatize to the humidity that QLD is renowned for. Our training rides were split between two with the time trial riders preparing separately while the rest of us who were only racing in the road race did our own thing. 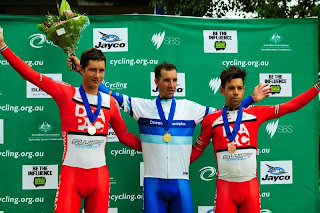 The time trial saw my teammates Campbell Flakemore finish second in the U23 category and Joe Cooper win the Elite Men’s category making it a great start to the 2014 Oceania’s for Team Avanti. Special mention to everyone else who competed in the Time Trial, with notable mention to Ben Dyball who placed fourth and Taylor Gunman sixth in the Elite Men’s, plus Mitch Lovelock-Fay for placing sixth in U23. Focusing on the road race, riding a lap of the course was very beneficial as it gave us an idea of where the tough sections were going to be and how we could mentally prepare ourselves leading into Sunday’s race. The course was heavily exposed to the wind, consisted of three categorised climbs and the roads were physically draining with not many areas to rest or recover. 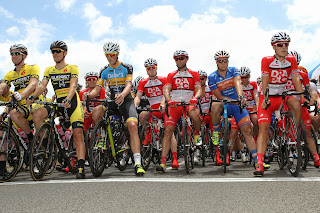 We had 12 guys lining up for Team Avanti, our squad was filled with talented riders but we had some tough competition. Team Drapac were represented with 14, Team Budget had 12, plus a number of other NRS team presented with strong squads. Come race day, a total of 127 riders started the race, but in the end not even a quarter would go on to finish in the brutally tough conditions. To spice things up a little, the Elite category was combined with the U23 category, meaning they would race with us but have two separate podiums at the end. 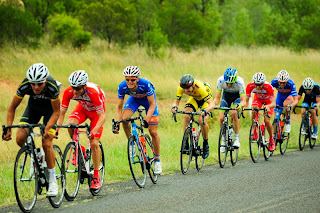 From the start, it was aggressive with everyone and every team trying to hold their position and keep sheltered from the crosswinds. I was riding the Shimano C50 wheelset and so far this year, they are my number one choice. I rave about how good the Avanti Corsa DR is and on a day like this, it handled the conditions superbly. The breakaway of the day was established on the second of four laps, providing some momentarily relief from the severe aggressiveness we had faced so early on in the race. 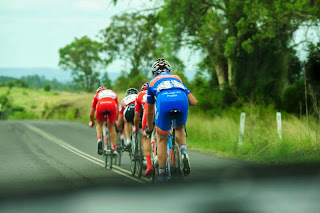 Teammate Mitch Lovelock-Fay represented us in the break and was riding strong to hold his own and control the other riders who were with him. Team Drapac had two guys represented so they weren’t going to chase and team Budget also had one guy in the move. With everyone in our team riding so strongly, with two laps to go, the bunch was down to 30-40 guys but we still had nine riders at the front. Luke Durbridge was proving why he is a professional rider by showing his strength on the front to split the main field on a number of occasions. It put everyone in ‘the gutter’ with no place to shelter from the wind at all. It separated the strong from the weak and this is why so many riders didn’t finish the race! 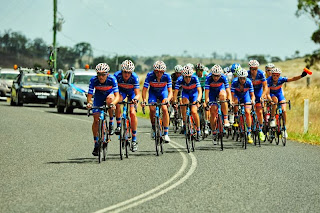 The team decided to take control to catch the break, with Neil Van der Ploeg and I taking a back seat to save our legs for the finish as best we could. The boys were always looking out for us when we needed them, riding in the wind and moving us up to the front of the bunch which makes a big difference when you’re on your limit, racing hard. They maybe rode a little too hard in the closing lap or two when on the front but we learnt from this mistake and will get it right next time. We caught the break on the last lap, then the attacks began to come from the other teams and we had a lot of pressure on our shoulders to cover the moves. They were controlled as best we could, but it was so windy and the course was so draining that riders were physically ‘popping’ and being spat out the back one by one. 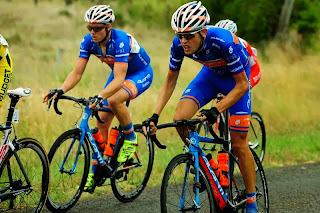 With 15km’s to go, Luke Durbridge and fellow WA rider Robert Power (U23) attacked as we crested the most difficult climbs of the course. Our boys had done their job and gave Neil and I the best possible chance with the front bunch now down to only 15 guys. Ben Dyball found a second pair of legs and rode back to the front to keep the tempo high in an attempt to catch the leading duo. Unfortunetely, they were riding too well and with team Drapac riding very aggressive in the closing stages to try and launch their riders away from us, we couldn’t close the gap. It wasn’t until the final climb with two kilometres to go that Bernie Sulzberger (Drapac) attacked and narrowly stayed away to cross the line third and win silver in the Elite category. The bunch sprinted for the remaining places with both the elite and U23 podium places yet to be filled. Despite letting Bernie ride away in the final kilometre, I won the bunch sprint for fourth place, which was a bronze medal in the elite category as Robert Power (WA – second on stage) was an U23 rider. My teammate Neil finished eighth and Ben Dyball was also in the front group and rode superbly. 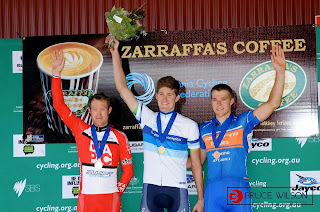 I was happy to have ridden another strong race, but I couldn’t have done it without the incredible teamwork from my Avanti teammates who kept us out of the wind in the important stages of the race. The podium place also gained us some more valuable points in the Oceania Team’s standings, which gives Team Avanti the Oceania Teams top ranking and qualifies us to race at the 2014 World Team Time Trial Championships. After a long evening of travel back from QLD, it’s nice to be back home after a few days away. To come home with another podium place and show that my 2014 season just keeps on rolling is a good feeling. I’m looking forward to the next race with Team Avanti, hopefully we can go up a couple of steps and put the blue and orange colors on top once again. As always, thanks to our staff and sponsors of Team Avanti, your products, financial input and support goes a long way to helping us succeed. To Diadora Australia for their sponsorship with Cycling Shoes, I love the products guys! To my family, mum & dad, brothers, girlfriend and friends, thanks for your ongoing commitment and sacrifice to allow me to do what I love. My personal coach Matt Wallace, Chiropractor Sharon and Masseur Jude, I appreciate your work behind the scenes. Keep posted for further updates, I have a few club races and invitational criteriums to take part in before my next race with Team Avanti Pro Cycling. Enjoy your riding and keep safe! Cheers, Brenton
Labels: Avanti Racing Team elite racing Oceania Road Cycling Championships third place