If there was one race any Australian rider wanted to win, it would be this one. Not only because the competition is at it’s best, but because for the whole season, you have the privilege to wear your national colours on your team’s jersey. 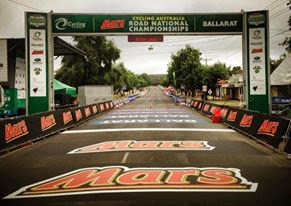 The elite field of 168 riders consisted mostly of National Road Series and Pro Tour riders, so to race at the pointy end of the field was going to be a challenge to say the least. Leading into the race, I sat down along with my teammates from Avanti Pro Cycling to map out a race plan with our Team DS Andrew Christie-Johnston. The vibe was good, everyone was looking forward to the race and to gain some exposure for our sponsors - a result would be the ultimate bonus. My main goal leading into the race was to make the break and help my teammates out approaching the final few laps when help would be needed most. For guys like myself, the best plan would be to make the breakaway and get noticed. We had four key riders who would have the best chance at the finish - Ben Dyball, Mark O’Brien, Anthony Giacoppo and Neil Van der Ploeg - whilst the rest of us were there for support and/or to make the early break. After a great start to the year, winning the Bay Cycling Classic and earning a podium place at the National Criterium Championships, I had confidence with my form but I wasn’t putting any pressure on myself for the road race. I had results, I just wanted to show my strength and be a team player. 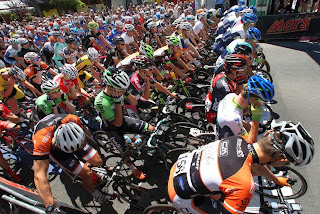 On the start line, media were everywhere, the fans were lining the barricades and big names like Cadel Evans and the whole Orica-GreenEdge team were all finalising their last minute preparations. My legs were good again, but it would be a big challenge to climb with the worlds best and riders who would be more suited to the Bunninyong climb than me. 18 gruelling laps of a 10.1km circuit with a 2.5km climb to Mt Buninyong mid-way through each lap meant it was going to be a big day in the saddle for everyone. At the start, attacks were going off the front as they always do, with many of the bigger teams controlling the early pace and the moves too. It wasn’t until the second lap that a breakaway was formed, I made the move from riding good position and being determined to make the break from the start. The break included 17 guys and I was the sole representative from my Avanti Pro Cycling Team while Drapac had four riders and GreenEdge had three riders. The pace was solid, especially up the climb each lap, so I rode as conservative as possible to stay out the front as long as I could. My team car which included DS, ACJ, High Performance Manager Mark Fenner and Mechanic Damo Harris were very supportive of me out in the break. I tried my best to take what they had to say on board and push the pedals up the climb each lap knowing each lap was another lap closer to the finish. My teammates were riding on the front of the main bunch to try and bring the break back, mainly because all of our best chances were still back in the bunch and because I was the only team member represented in the break, making me out numbered, which isn’t a positive position to be in. 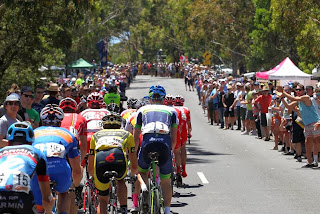 To see 20,000 spectators lining the roads and cheering us on was awesome, I got an adrenaline rush every time I went up the climb. Along with many other riders, I had a lot of people from my local area, friends and fellow riders showing their support and it definitely spurred me on to ride so many laps out in the break. I managed to last 15 laps with the lead group before I couldn’t hang on any longer. I rode 1/2 a lap on the front of what remained of the peloton for the rest of my teammates who were chasing the leaders approaching two laps to go. 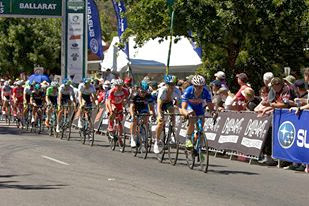 I pulled out after that, I had given it my all and had nothing left in the tank. The boys rode strong for the rest of the race, with Marko the best placed finisher for our team and the first non professionally signed rider across the line behind a world class line up. Stepping up from the U23 category last year, I was happy with my first year’s efforts in the Elite ranks, and I was pleased to be acknowledged by many influential people and my teammates on a good ride. 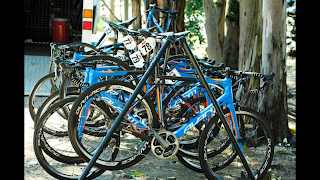 It wouldn’t have been possible without the support of our sponsors, team managers and staff who make our job’s so much easier. I’m really looking forward to 2014, it’s going to be an exciting year with many new experiences and opportunities to learn from. Big thanks to my Mum, Dad and family for their amazing support, I couldn't have started 2014 any better without you. It’s always nice to know someone besides your family is always there to support you and I thank my lovely girlfriend Lucy for her care and encouragement. To Diadora Australia thank you for your support with shoes, I appreciate it and I recommend your products to anyone wanting comfort at a reasonable price. Last but not least, thanks to my coach Matt Wallace, Masseur Jude and Chiropractor Sharon, I wouldn’t be riding at my best without you all. Keep posted for my next report from the New Zealand Cycle Classic which is a UCI level race. Cheers Brenton