Tour of the South West

When you think of ‘South West Victoria’, most would imagine the conditions being very cold, wet and windy, but thankfully for this year’s Tour of the South West it was only the super strong winds that challenged all riders. 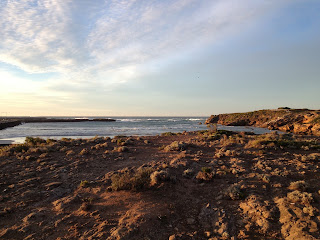 Based around the historic town of Warrnambool, the two day, three stage tour attracts not only the elite level races, but local club riders from across the state. With 412 riders across 9 categories, the fields were hotly contested to say the least. This race would be my first major hit-out after I had a very lucky escape from a training ride crash, hitting a logging truck head on at a reasonable speed only four weeks ago. I was keen to test myself against some in-form riders and see how my body would react to a tough weekend of racing. The long five hour drive to Warrnambool was what an epic as a five hour bike ride would be – solid! A short roll in the evening took us around the road race circuit which included exposed small roads, short punchy climbs and dead flats. I raced this event last year, so I knew what I had to prepare for, but it’s always good to memorise every single part of the course which can assist your tactics during the race. Without any of my Huon-Genesys teammates this weekend, I was racing solo against 105 other A Grade riders in their respective teams. There are many advantages to having teammates but you can learn a lot from racing on your own and this weekend I was looking forward to that challenge. 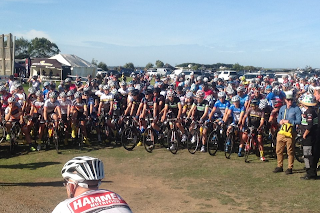 Stage one’s 102km road race on Saturday morning saw the field split from the start with super windy conditions causing massive gaps in the field on the first lap of a 17 kilometre circuit. I knew that position was everything so I made sure I rode in a great position all day, not dropping back behind 10th wheel at any stage in the race. I also did a fair bit of work too as it was easier to roll turns on the front of the bunch then fight for position in the gutter 10-20 wheels back. 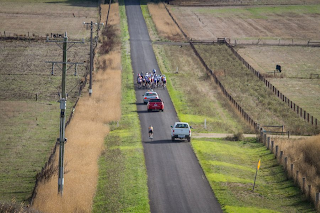 By lap four of the six lap race, the field had established into one front group of about 20 with many small moves only lasting a few kilometres. My Torq nutrition was spot on for the day and this was one of the reasons why I finished in the front group and didn’t fatigue in the harsh conditions. A handful of Torq gels, energy drinks and bars kept my body functioning throughout the race and I cannot speak more highly of their products. 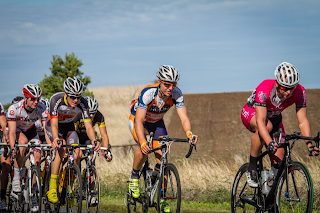 Approaching the finish, it wasn’t until the final five kilometre’s that four riders rode clear of the bunch, slipping away so easily. I tried to follow but couldn’t quite reach the group, slipping back to the bunch and rolling turns to chase down the lead riders. Only two riders, Eric Sheppard (Search2Retain) & James Butler (Target Trek) stayed away from the bunch in the end with 18 seconds the time difference. I was sprinting for third but got chopped in the run to the line, pushed into the gutter losing momentum. I regained my line and set sight of the finish but fell short to a fast finishing Alex Smyth (Satalyst-Giant Racing) who claimed third. I was disappointed not to make the podium but relieved to finish so well in what was a very hard race. That afternoon, riders set off at 20 second intervals to endure 12km’s of pain during stage two’s Individual Time Trial. With the wind still very strong, some riders opted to abandon their rear disc wheel but I decided to run a Zipp 101 front & keep my Zipp Disc which handled the conditions perfectly. I’m not the greatest TT rider over 15km’s, but I can post a solid time in a short stage like this one, however I was uncertain of what time I would post against the clock. My warm up was briefly interrupted by a minor brake mechanical 30mins prior to the start, but I was lucky to have Team Sieght Mechanic Lewis Kerr on the job doing what he does best to save my afternoon. 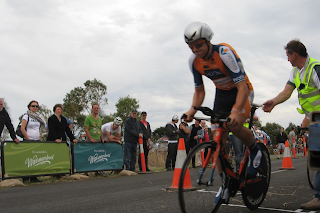 Charging down the road, I tried to get as comfortable and aerodynamic as I could on my first ride on last year’s Malvern Star Genesys Team TT Rig. I had my set up close to what I had done previously so it was up to the legs to do the talking. Passing a few riders, I felt good but knew it wasn’t going to be my best performance. The wind was super strong, there was only one tailwind section and the final climb at 3km’s to go was into a block head wind. With the finish in sight, I was set to post a respectable time of 16mins; 57seconds, 11th place and holding 5th place on the general classification after day one. An organised Tour buffet filled with delicious fresh pasta dishes at the Lady Bay Resort saw many cyclists take the opportunity to unwind with each other and enjoy some footage and photos from the days racing. It was a great day of racing and I was happy with my results only a few weeks after my last accident. 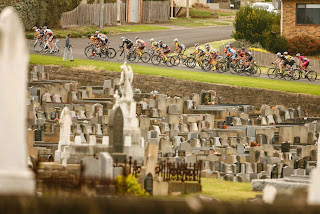 By Sunday some early morning rain saw the first couple of grades race the stage 3 criterium in wet conditions however by mid-morning, all grades were greeted with dry roads and light winds. The circuit was located on the Hopkins River precinct with a short but fast finish and a sharp 250m climb to hurt the legs of many at the start. 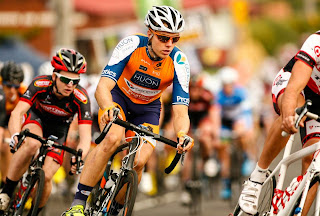 My legs were feeling fresh after the previous day of racing and I knew that if I tactically rode a smart race at the front, I’d be in with a chance come the finish. Sticking to my race plan, I rode right near the front all day watching the moves, creating a few myself and doing some work to keep the pace high at times and most importantly stay out of trouble. The race saw a few breaks establish but nothing was able to go clear and stay away. 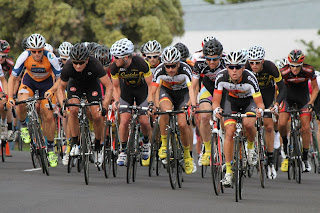 The final two laps saw the South Australian and Chater Mason teams bring their riders to the front setting the pace for their sprinters George Tansley and Shannon Johnson. A powerful surge by Jason Spencer (Charter Mason) on the final lap over the climb strung the field out with 800m to go. Shannon Johnson was placed perfectly in second position, followed closely by George and myself over the climb. Shannon took the opportunity to dive into the final corner and take the win ahead of George Tansley and I rounded out the podium. 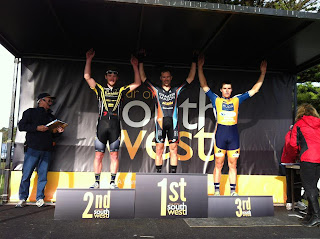 I placed 5th on the overall General Classification and my podium in stage 3 secured the Sprint King Jersey. It’s fair to say I was content with my weekend. Definitely plenty of room for improvement but that’s what I love about this sport. From here, I’m really looking forward to joining my Huon-Genesys Teammates in the NRS Tour of Adelaide which is in three weeks’ time. Following this there a number of local state races and club tours before we finally get to race the Tour of Malaysia on the 26-30th June. 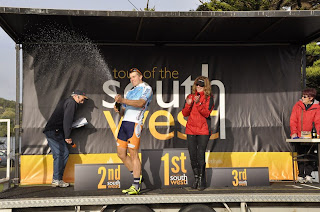 I will also be taking part in this year’s CareFlight Base to Base Fundraising Ride which involves riding 240km from CareFlight’s Toowoomba Base to the Gold Coast some several hours later. We are lucky to be joined on the ride by several high profile sports stars and celebrities with Robbie McEwan, Troy Bayliss and some Gold Coast Suns players to name a few. CareFlight saved my life in 2011 when I had a serious cycling accident and I wouldn’t be here today if they didn’t come to my rescue. I’d really appreciate it if you supported my fundraising page (below) and support a worthy cause which saves the lives of many every day. http://www.everydayhero.com.au/brenton_jones I would like to thank all the people who have made an effort to support me both on and off the bike in recent times, I wouldn’t be able to come back from crashes so quickly and return to doing what I love without the support you provide. I’m looking forward to continuing the success this year and gaining valuable experience from our upcoming international racing. Stay tuned for more of my blogs, Thanks Brenton.