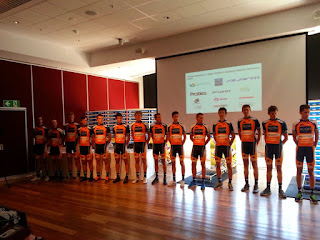 In 2013, riders and spectators were received cooler conditions and three new courses which mixed up the norm of the Australian Open Road Cycling Championships. Over 5 days, National Champions would be crowned in the various disciplines of Time-Trial, Criterium & Road Racing. Representing the Huon Salmon - Genesys Weath Advisors Pro Cycling Team, I was pleased to re-visit the Ballarat district in the hope of achieving success amongst our team who were well represented in the U23 Category. 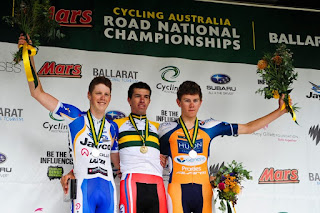 Wednesday saw the ‘aero-looking’ Time-Trial rider’s speed through the streets of Ballarat to race against the clock and see who would be crowned Australia’s fastest for another year. In the U23 category, my Huon-Genesys teammates, Campbell Flakemore, Jack Haig, Alex Clements and Aaron Donnelly displayed enormous talent to finish in 3rd, 5th, 7th & 10th respectively with the bronze medal capping off a good day in the saddle for Campbell and the team. 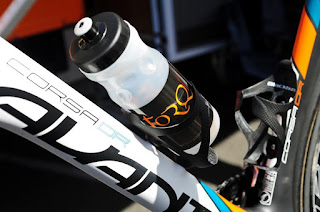 With Day 1 complete, Ballarat turned all eyes on Day 2 which saw the main street transformed into a criterium circuit to host the 2013 National Title. Leading into this event, I was in high spirits about the possibility of success, knowing the strength and fire power our team has. The sunny evening and mild temperature ensured lots of Torq Nutrition products were consumed pre, during and post-Race with the Electrolyte Drink and Caffeinated Gels a clear favourite amongst the boys. 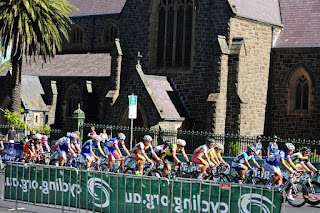 With 33 laps of the tough 1.1km Hot-dog shaped circuit, the pace was hard from the start with the field being split to pieces throughout the race. With 6 other Huon-Genesys U23 riders lining up alongside me, we definitely had the numbers on our side. A major breakaway saw 12 riders stay clear of the main field and ride away to take the top 12 places. Despite having Jack Beckinsale, Aaron Donnelly, Sam Davis and Campbell Flakemore in the break, the boys were out-smarted in the finish and fell short of the win and a podium place. I was marked out of the race with the other main sprinters in the field who spent more time watching each other than the race itself. I was disappointed with our result but I know that it’s a very long season with plenty of opportunities to succeed. Following the race, it was good to have a team de-brief which ensured our mistakes were made clear and lessons were learnt for next time we team up together. 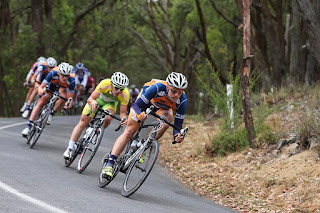 Saturday morning welcomed the U23 Road Race competitors to the start location of Buninyong for the 137km event. With a new course being undertaken, the race would involve 2 big (28.5km) laps and 8 small (10km) laps instead of 12 small laps like previous years. The big laps involved flat open roads which were heavily exposed to the wind. Lining up alongside 112 other riders all keen to win, I was expecting an early move to go and in the first lap of the race and it did. The early break consisted of 10 riders and formed immediately on the first climb. Two of my Huon Salmon-Genesys Wealth Advisors teammates Aaron Donnelly & Jack Haig made the move and once over the Buninyong climb, the long fast descent enabled the break to ride away. Riders scrambled to get across in small groups and it wasn’t until the back of the big lap that 5 riders including myself made it to the break after a short but intense swap off. The leading group had swelled to 24 riders and once established, riders began rolling turns on the front, gradually pulling away from the main bunch. The breakaway continued to work effectively and rarely eased the pace. The climb proved too hard for a few of the early breakaway riders as one after another fell off from the leading pack. Aaron and I were working hard for Jack who was clearly the strongest climber in the break and our lead was out to 5 minutes at one point. The early race favourites formed a chase group and this reduced the gap to 3 minutes but we were never going to be caught. My legs were good and I was very pleased with my climbing ability riding all day in the front group so strongly and pushing myself to the limit 10 times up the 2.7km 6.4% Buninyong Climb. Approaching the final few laps, only 15 riders remained and the pressure was being applied. With 2 laps to go, the tactics were starting to be played with many small attacks causing short splinters in the group. 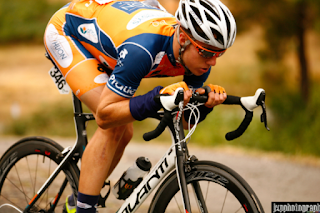 I attacked before the base of the climb and was joined by 2 others. We held a small gap but by the time we reached the feed zone (half way up the climb), we were caught. Aaron lifted the tempo and set up Jack for an attack. It was a great lead up by the boys and Jack escaped with Jordan Kerby and Damien Howson. The boys only held a small margin for the remaining 1.5 laps but it was enough to take the podium places. 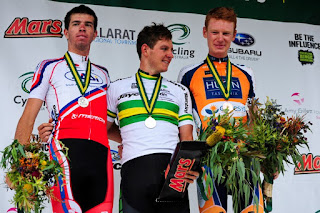 Jack crossed the line in 3rd and took the bronze medal, Aaron finished very strongly to place 4th and I was happy with how I raced finishing in 11th position. Team Director Andrew Christie-Johnson was happy with our efforts with the bronze medal being an added bonus for Jack and the team. It was a solid day on the bike, but I was pleased to be rewarded with kind compliments from high profile coaches and media on my ride. 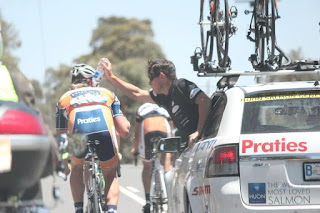 We couldn’t have started the 2013 season with such success if it wasn’t for our many sponsors. Thanks to Huon Salmon, Genesys Wealth Advisors, Avanti Bikes, Torq Nutrition, Praties, Champion System Clothing, Adidas Eye Wear, Perth Integrated Health, Zipp Wheels, Speedplay, Giro Helmets, SRAM Australia, Children’s First Foundation, Rock Tape and Aussie Butt Cream for your continued support. Behind the scenes, it takes a lot of hard work to keep a team of elite cyclists running strong, so thanks to Team Mechanic Damo, Chiropractor Peter, Soigneur/Masseur Nunny, Photographer/Cook/Soigneur Neil Walker and team directors Steve Price and ACJ. I have the most comfiest and brightest shoes in the peloton thanks to Diadora Australia, visit their website at www.diadoraaustralia.com.au to check out their products. It wouldn’t be possible to train and race so much throughout the year without the support of my parents, family, girlfriend, friends and coach so thanks for allowing me to follow my dreams. Stay tuned for the next race report, in the meantime, ride safely, wear a helmet and enjoy a bike ride or two! Thanks also to Mark Gunter and Neil Walker for the cool pics in this blog. Cheers Brenton