Just before the year of 2012 came to an end, my teammates and I made the journey across to Geelong in preparation for the first race of 2013. The Mitchelton Winery – Jayco Bay Crits is a fast and furious 3 day criterium event which attracts the world’s best riders and teams. 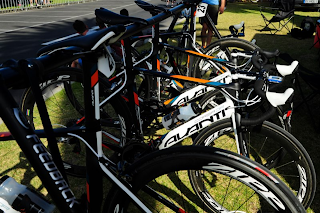 New Year’s Day saw Stage 1 on the Ritchie Boulevard provide all spectators with the most sensational views of the fast and furious Hot-Dog circuit. Representing the Huon Salmon-Genesys Wealth Advisors Team were Steele Von Hoff, Anothony Giacoppo, Jack Beckinsale, Tom Robinson & I. The Elite Men’s start list consisted of 75 riders from Pro Tour teams & National Squads who were all looking to upstage the local domestic teams here in Australia. The first stage was hard from the start with little time to rest the legs between the corners. A number of small breaks broke clear during the race but it was New Zealand’s Greg Henderson who provided the field with a ‘carrot’ to chase riding solo off the front for the first half of the race. When Henderson was caught, attacks intensified and the pace increased at the head of the peloton. A few riders hit the deck and there were a number of close calls but my teammates and I were lucky to come away with our skin still intact. Steel & AJ found themselves in a couple of small moves off the front but it wasn’t until the last few laps that the race was to be decided today. 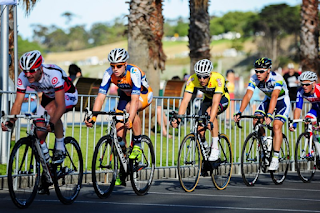 With 5 laps remaining, two riders were away and the pressure was being applied at the head of the main field. I was trying to stay out of trouble and keep near the front at the finish, managing to ride in the top 10 and surprising finding myself on the back wheels of Greg Henderson & Caleb Ewan.. With AJ close behind me and I was waiting to launch him to the line, but unfortunately he lost some ground on the 2nd last corne. I was happy to finish 9th, with AJ right behind in 10th but it was Caleb Ewan who dominated the finish and took the stage victory in style. 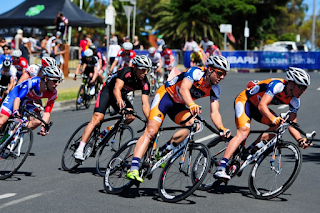 Portarlington is known for its steep terrain and provides a course both mentally and physically demanding. This year, Stage 2 was no exception with the challenging course narrowing the field down lap by lap. The winning break came after 30 minutes of racing, with GreenEdge rider Luke Durbridge and Rapha Condor / JLT rider Kristian House bursting in front of the peloton. The pair were soon joined by Grays Online New Zealand National Team rider James Oram. Steele tried to bridge across in the last couple of laps but fell short finishing a respectable 4th position. AJ ran 8th, I was back in 13th and Tom and Jack lasted most of the race. A Torq Recovery Drink aided our recovery after a solid race, before we set off to Williamstown ahead of the 3rd and final stage in the morning. 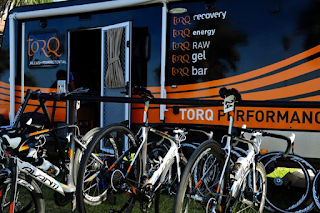 With the sun shining and the temperature increasing, a morning roll encouraged the legs to get moving ahead of stage 3 in Williamstown. On the start line, Steele, Tom and I lined up for the Huon Salmon – Genesys Wealth Advisors with AJ & Jack resting for 1st stage of the Herald Sun Tour starting that afternoon. The pace was high from the gun and it was hard to maintain a good position. The corners were fast following with the riders in front carrying momentum and the riders at the back struggling in the painful ‘elastic band’ of the bunch. 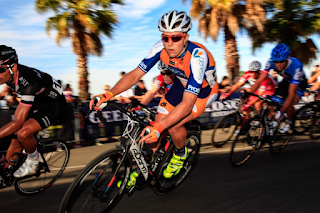 The winning move saw Mitch Docker (GreenEdge) and SASI rider Harry Carpenter ride away from the bunch and go on to finish 1-2 respectively. Steele and I rolled in at the back of the bunch with the heat and fast pace taking its toll today. Caleb Ewan took out the overall series win and continues to dominate his rivals on the international stage. 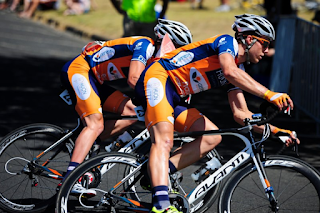 We finished with a good 3 days of speed in the legs and enjoyed mixing it up with Pro Tour Riders. The team and I now look forward to the 2013 Australian Open Road Championships which start on the 10th of January. I’m hoping to achieve success in the U23 category along with my Huon Salmon-Genesys Wealth Advisors teammates who are all riding so well. Thanks to our new Sponsors for 2013, your products are fantastic and we look forward to the year ahead. Please support their products by following the links on my Blog page. To my parents and family for your continued support, I couldn't be where I am without you and my coach Matt Wallace for his assistance throughout my cycling career to date. Thanks to Neil Walker for his great photo's too. Keep posted for the 2013 National Championships race report and make sure you follow the success of our team throughout the 2013 season. Thanks, Brenton