The 102nd Melbourne – Ballarat Handicap race has always attracted a strong field and this year was no exception. The 98km event draws some of Australia’s best riders who are handicapped accordingly to give the average Club cyclist a chance at taking out the title. I have only ridden this race once before back in 2010 where I was 4th in the bunch sprint for the fastest time. This year I was in the 25 rider scratch bunch which was one of the strongest line-ups for many years. Racing straight up the Western Highway to Ballarat the course consists of challenging winds and long gradual climbs which crack several riders every year. The weather was overcast with patchy blue sky and the wind, a light westerly, making racing easier than previous years. 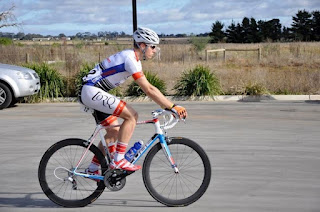 Scratch bunch being the last to depart knew we had a tough chase on our hands to catch the limit markers who had a 34minute head start. Everyone was rolling through pulling turns on the front but with a record number of 250 riders taking part this year, it was going to be difficult to catch all those in front. Going over the major climb of the race the pace was hard and this forced a number of riders to fatigue, reducing the size of our bunch. At the halfway mark it was a case of catching each bunch 1-by-1 as the majority of the field were showing signs of weakness. My legs were feeling good and I was determined to finish yet another notable race with a good result. My teammate and brother Jarryd was in the 12 minute bunch and when we caught his group he began to mix it with us and I was hoping for a lead-out coming into the finish line but he was on the limit already. Instead, I was forced to go solo and lock myself onto 2012 National Elite Criterium Champion Anthony Giacoppo’s rear wheel as I believed it would be the perfect place to be in the last 5km’s. 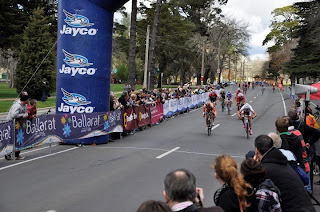 Unfortunately, we hadn’t caught the limit markers but the scratch bunch was still racing for fastest time and with 1km to go I was positioned in 3rd behind Anthony and his teammate Pat Shaw who gave him a perfect lead-out. When I came out of the slipstream with 150m to go it was a battle to the line with neither of us gaining any ground on each other. In the end it was so close that the judges had to go to a photo finish and declare that Anthony had just pipped me for fastest time to the delight of his Genesys teammates. It was another great result which shows my form is well on track for big things to come in the remainder of the season. 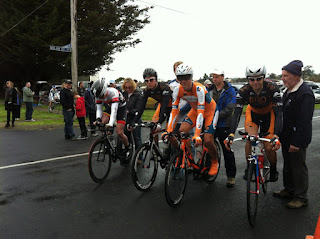 Backing up on Sunday at the 2012 Victorian Club Teams Time-Trial Championships, also held in Ballarat, I rode with my Warragul Cycling Club Elite team which consisted of Jarryd Jones, Kane Walker, James Henry. The course was 50km’s of undulating hills and long false flats, a super hard Time Trial course to say the least. We were working well at the start but lost James after 15km’s which left us with 3. 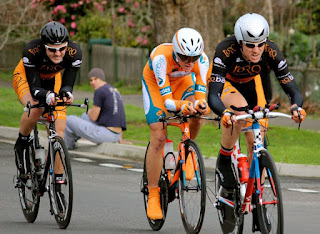 For the remaining 35km’s, Jarryd, Kane and I (Above) all contributed well to finish with an average speed of 44.7kms/hr, in 1hour 7minutes on a hilly 50km course, a great ride which gave us the title and a gold medal to prove it. 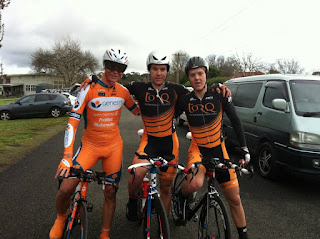 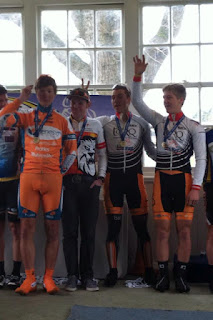 Again thanks to my sponsors Torq Nutrition, Monza Imports, SRAM and Bicycle Superstore for the continued support I receive to help pursue my cycling dreams. Big thanks to Mum for supporting us over the weekend, Dad for his support during training and to my coach Matt Wallace. I look forward to the next big race on the calendar, the Tour of Gippsland which starts on the 1st of August and will feature Australia’s top riders who will battle it out for a National Road Series win. Stay tuned for the race report. Cheers Brenton