This Tuesday nights racing at Sandown was nearly called off thanks to a late shower which made the track surface very wet, however racing went ahead as usual and despite the overcast weather, it was still a mild temperature, perfect for racing.

A large turnout across all grades took to the race track with 56 riders lining up in the quality A grade field. After a morning roll early on in the day, my legs were feeling good. My CUBE bike was running well, SRAM wheels rolling fast and my Torq Nutrition Gel on standby for the last 20mins of racing when I would need that extra boost.

On the start line I was focused and I really wanted to get another win. A fighting spirit is what it took to win tonight’s race and I believed I had it.
The first half of the race saw a few attacks form and I was right up the front to control the moves and put myself into the ones I thought had potential. Despite all the attacks, no breaks managed to get away however, with 15 minutes to go, a large group of 15 riders formed together and the race looked to be all over. I wasn’t going to give up just yet and with only 10 minutes to go, I pulled a few strong turns on the front to assist the main bunch and bring the break back. We caught the break and with just 2 laps of racing left, I was recovered, fresh and ready to win. Now all I needed was some luck at the finish line. 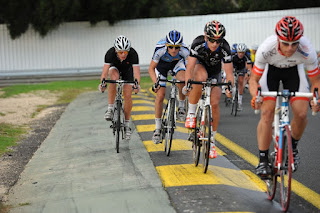 Approaching the finish, the final 2km’s saw many close calls and heated moments between most of the riders trying to fight for a position up the front. I didn’t panic, just followed the wheels I knew would take me to the front. On the last corner, 500m to go, I was about 10th. I found a small gap and said GO!!!
I hit the lead with 100-150m to go and I knew I had it in the bag. I rolled over the finish line after sitting up with 30m to go and was very pleased with my sprint – another win at Sandown! 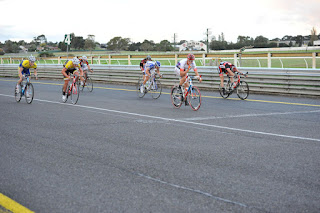 I now look forward to my next big race at Bendigo later this week where I aim to extend my winning performances. Big thanks to my family, especially my parents for their continued support to help me reach my goals. To my sponsors; Torq Nutrition, SRAM and Monza Imports, thank you very much for your support and fantastic products I love to race on and with.

Stay tuned for my next race report,