Success in Taiwan // Life in the U.K 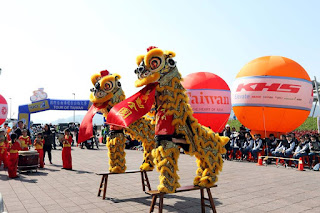 Starting off on the right pedal stroke in Taiwan was just what I needed on my way to beginning my season in the U.K and Europe with JLT Condor. The Tour de Taiwan is a UCI 2.1 category professional race and is part of the Asian UCI Tour. Over the five stages, we raced 685km’s and covered a vast portion of the picturesque countryside of Taiwan. 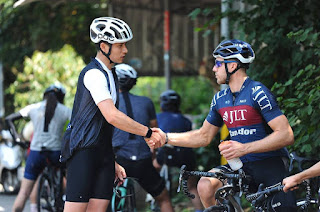 Leaving Australia fresh off some strong local performances and a good training block, I was determined to make an impact and show that the hard work I’ve put into my training has paid off. 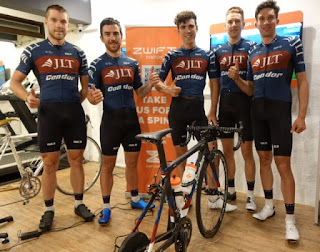 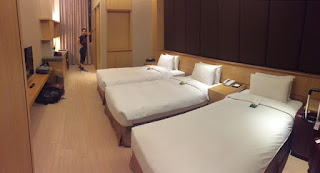 In Asia, you never expect the best hotels or food but I have to say, throughout the week we stayed in some amazing places at both the start and finish cities of Taipei and Kaohsiung City. The post race meal was generally a Sushi Triangle (my favourite), a recovery drink and a banana. Our souigner Chris would be the man to replenish our supplies each night, venturing off to the nearest Seven 11 (which were everywhere!). 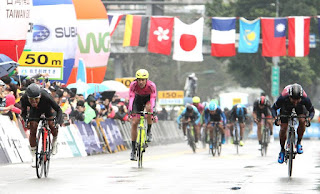 Some of the highlights of the race, both high and low included Russ Downing’s 2nd place finish on Stage 1, salvaging a result for us after I was taken out with 300m to go in the slippery conditions. 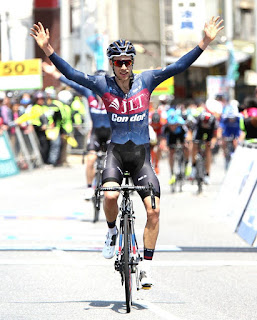 A tremendous 1-2 finish on Stage 2 with James and Edmund bringing it home in style, James taking the yellow jersey as a result of the performance. 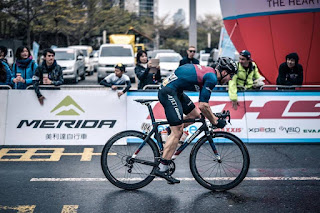 I put my climbing legs on to finish 3rd place on the hilly Stage 3, surviving with what was left of the 15-man lead group. 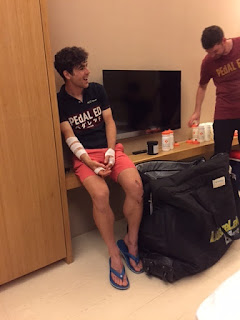 A disastrous stage 4 saw Edmund hit the deck hard, crashing out of the leading breakaway which could have seem him take the yellow jersey. I dropped my chain at the base of the last climb, loosing hope of surviving with the main peloton over the top. It was later revealed that Edmund had fractured the head of his Femur, a very disappointing injury for a talented rider set for big things. He’ll be back to his best with some good recovery I’m sure. 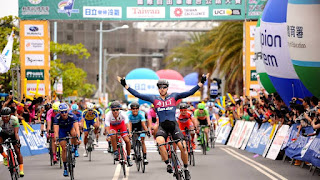 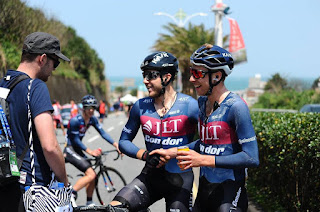 The final stage saw a textbook finish to the Tour. Teammates James and Ian brought the day’s breakaway back before Russ Downing paved the way superbly, I couldn’t let him nor the rest of the team down, it was a great team victory and one I was extremely proud of! After a day of travel, I found myself settling into the U.K lifestyle and enjoying some nice recovery rides on some great country roads. It’s lovely to be spending time riding with some of my teammates in their backyards, it seems not too long ago that they were in my backyard in Australia earlier in the year. 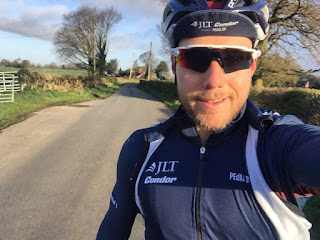 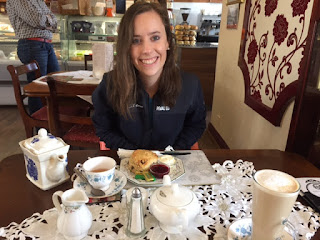 The weather has been kind, sun shinning on most days and I’ve been able to make the most of my afternoon recovery exploring new surrounds with Lucy who’s joined me overseas this season. This weekend sees my first British race, Tour of the Wolds, before heading to France next week to race Tour du Loir et Cher later in the week. 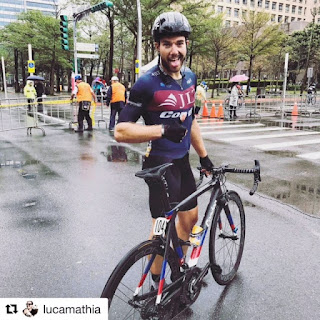