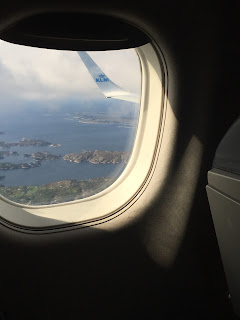 Norway is a beautiful country, it’s just a pity the weather wasn’t ideal conditions for cycling! 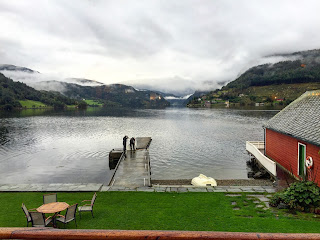 Although it was not super cold, the rain made the racing a lot more taxing while follow wheels through the spray of water in your face or holding position on slippery descents which caught some riders off-guard. 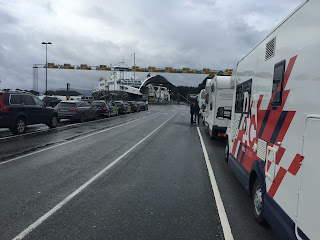 Over the five days we saw a lot of the country, starting out in Bergen and finishing in Stavanger. We spent many hours on Ferries that transferred us from one finish to another hotel on a couple of the days, but it was nice to see the sights of the Fjords, which make up a lot of this picturesque area.

Feeling great, fresh from a nice taper since our last few races, I was strong on the climbs and pumped for the finish on day one, until the front of the bunch took a wrong turn with a lead motorbike failing to take the correct exit off a bridge at 15km to go.

This resulted in the tail end of the peloton now being at the front, with exception of a few guys who were at the front having taken a slight shortcut back onto the race route that created a natural breakaway and led them to stage honours. There were a few unhappy riders at the conclusion of the stage with the outcome not depicting how the race could have unfolded. 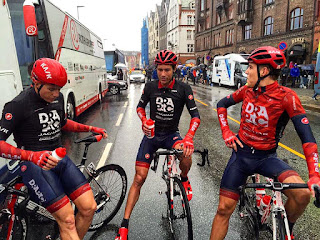 The finish circuit will be the same circuit to be used in the 2017 Road World Championships, so the short but tough finish climb, cobbles and small streets will provide lots of excitement for spectators next year! I liked the course, it was good but I was disappointed to miss out on a chance to sprint, having only just returning to the back of the bunch as we reached the final few kilometers.

The morning before stage two saw us travel 2hrs 40mins including 40mins on a Ferry. After already logging up some kilometers that morning, we set off for our 202km stage which featured a crazy 6km tunnel that climbed at 5.5%, straight up to sea level. That’s right, the King of the Mountains sprint was at Sea level! We raced down at furious speed to -320m below sea level before returning up a solid gradient.

Along the way – in between holding the wheels and pushing the body up the climbs - the scenery we saw was amazing with waterfalls and open valleys between the picturesque mountains on route to the finish. 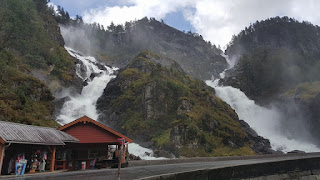 We had Phelo riding well and supported him on GC so before the final climb of the day, we each rallied around to help him out with positioning.

The hotels throughout the race were comfortable and offered some breathtaking views from the doorstep.

We had three soigneurs with us in Norway, Nico (from Belgium), Goretti (from Spain) and Pasqual (from Spain), all on-board to ensure we were fit and ready to go for the next day.

The longest stage covered 221km with two fairly decent climbs up to 1130m and 980m respectively. The last 50km’s was challenging with small climbs scattered throughout the undulating terrain making it ideal for a hard-mans finish. 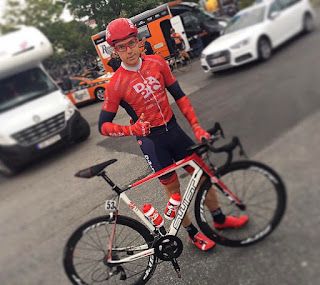 My goal for the stage was to survive with the main peloton over the climbs as best I could whilst supporting Phelo who was aiming for GC overall.

The rain was at it again all stage, which made the narrow and winding descents very sketchy!

I couldn’t hang onto the leaders when we got to the climbs, so I found a nice large group to ride safely inside the time-cut to the finish with. Phelo finished behind the leading group with what was left of the main peloton. Alexander Kristoff basically smoked everyone and won the stage, not bad at all. Later that night, we found out that Kristoff was taken via a Helicopter to our hotel post stage whilst the rest of us enjoyed the two-hour ferry transfer. He is truly a class above. 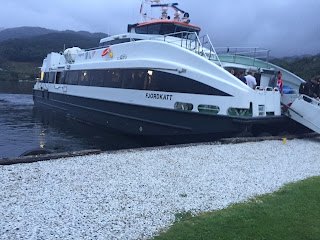 On the fourth stage, another tough but terrific finish for the spectators saw a nasty 1km climb with sections at 25% positioned at 3km’s to go. The stage was set for fireworks on the final lap and I was right there until two laps to go, helping both Brad and Phelo into position but before too long, I found myself over the handlebars and on the ground. A Danish rider hit a hole in the road, lost his grip on the handlebars and hit the deck right in front of me and I had nowhere to go.

It was unfortunate and I never like crashing so an annoying way to finish the stage, but that’s racing.

My bike was checked over that night and beside a cracked Zipp wheel that took the impact, our Mechanics Michele and Kurt did a great job to have the bike in great condition for the final stage. Thanks guys! 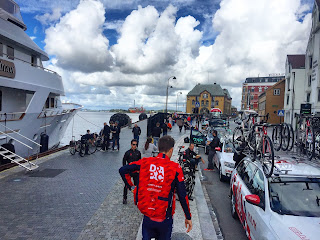 Some grazes and a small but nasty hole in my elbow was all that I walked away with and on the morning of the final stage, I felt good.

164km’s was on the cards and another cracking short but steep final climb was set to decide the finish. Brad made the breakaway and won an intermediate sprint and KOM sprint, so it was good to see him up the road for us. 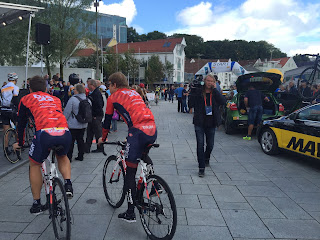 Some tough cross-wind sections didn’t quite split the field but the pressure was being applied from Team Katusha. Both Phelo and I were the last two standing and we did what we could to hold position in the bunch and get as close to the front as we could. The narrow roads made it hard to pass so on the final climb, we were stuck behind slow riders and missed the crucial 14-rider winning group. They went on to take line honors with our chasing group only 30secs behind, I finished 17th, coming from a fair back to run 3rd in the bunchy.

I was disappointed to not make the final split, I had the legs and was hungry at the finish. It goes to show how crucial position is, sometimes you nail it and sometimes you totally miss out! 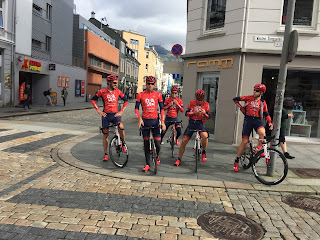 A quality Tour in the legs, I enjoyed the hard racing, beautiful scenery and would go back again. Norway is great and a family holiday in the future is on the cards for sure.

Next up are some Pro-Kermesse races in Belgium.