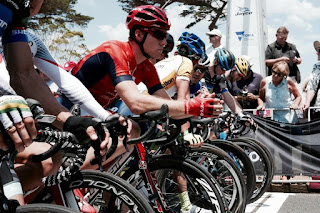 The summer of cycling is always an exciting start to the year for both riders and spectators with the first event on the calendar, the Mitchelton Wines Bay Cycling Classic.

Having won the race in 2014, I enjoyed returning to the event, which I had many fond memories of. 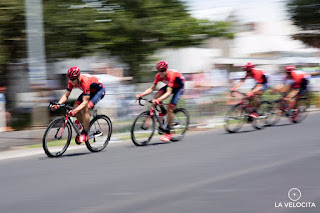 It’s always a fun start to the year, showing off your sponsor’s products and lining up on the start line with brand new gear. 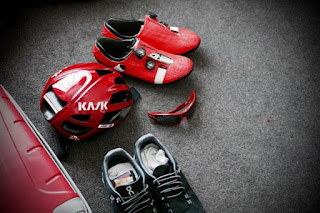 January often presents some hot weather, but the Bay Crits this year were quite the opposite. The rain stayed away, but overcast conditions and patchy blue skies with temperature in the mid-20’s proved to be much more comfortable than previous years.

A fast and furious hot-dog stage one saw the field split to pieces, with the team riding well to support me into second place behind Orica-GreenEdge sprinter Caleb Ewan. 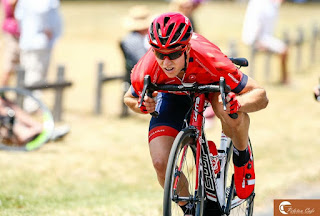 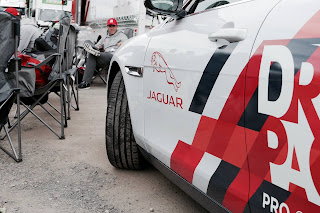 Stage two was set for another bunch sprint, but the boys had to do their fair share of chasing to bring back a large breakaway. In the final laps, I was supported well and left to fight it out coming into the finish.

Some pushing, shoving and strong words may have been used, but that’s a sprint for you! It’s physical at times and other times you can get the cleanest of runs. Some guys don’t rate the physical stuff, I don’t mind, it’s all part of the sport.

At 500m to go, I was in a good position out of the wind. Caleb was in great position and opened up his sprint 3 lengths in front of me at 200m to go.

My sprint was good, I took second place yet again, but I needed to have been closer to Caleb to be in with a chance. 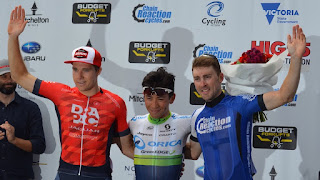 Stage three is always the decisive stage in the series, with its challenging steep but short climb testing the field and splitting it to pieces. 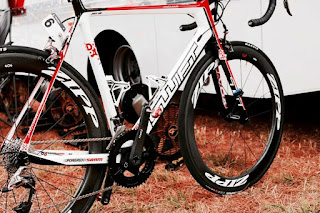 On the start line next to Caleb: Stage 3 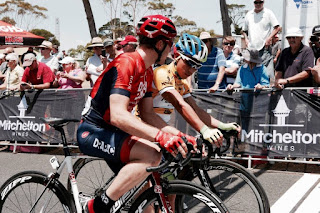 I struggled on the stage, slight lower back soreness and bad position led to a disappointing result, still finishing in what was left of the main bunch of 20, but not what I wanted.

However fortunately the rest of my teammates rode really well, handling the tough course nicely. Peter Koning tried to go with a late move, before eventually being brought back. Sam Spokes attacked for home with 1km to go and managed to hold on for third place. A great ride! 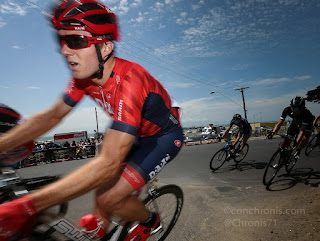 Stage four in Williamstown saw Caleb Ewan have an almost unassailable lead in the series, 31 points to 20 with Pat Shaw and I equal for second. With 12 points for the stage win, anything was possible but a well-drilled Orica-GreenEdge outfit was too strong on the day. 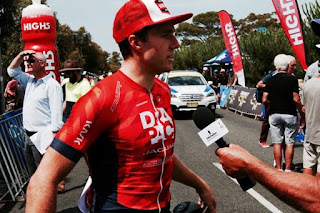 Avanti-ISO Whey and Drapac tried to disrupt the lead-out from Orica-Greendge, but they managed to hold it together and deliver Caleb perfectly again. I was right near the front, passing Pat Shaw in the last 200m to hold onto second for the stage and second overall in the series. 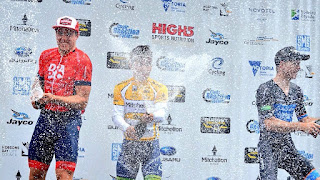 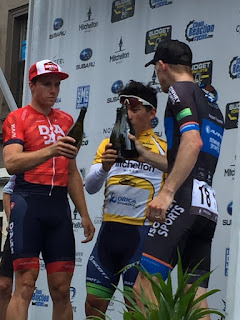 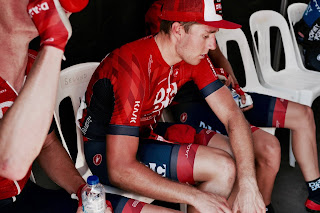 Sam Spokes finished fourth overall and Bernie Sulzeburger was eighth, giving us a nice victory in the overall team’s classification as well. 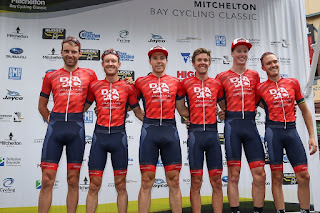 It concluded a solid start to the season for both the team and I, setting us up for what will hopefully be a successful season.

Big thanks to our staff and my teammates for the nice week; I love the Bay Cycling Classic, such a nice start to the Australia summer of racing.