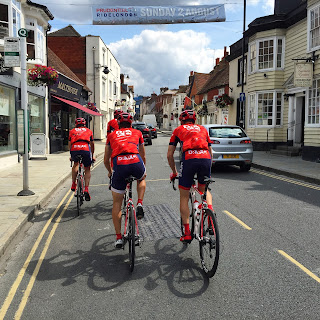 After spending some time back home in Australia for the middle part of the season, my bags were soon packed again, as I headed for the next race on my calendar, Ride London.

Arriving just under five days before the race gave us plenty of time to adjust our sleep patterns and fine-tune our training.

The 200km one-day stage race attracted the worlds best, who were all coming straight from the Tour de France or various other European stage races. With guys like Phillip Gilbert, Mark Cavendish and Bradley Wiggins lining up, the experience at this level was invaluable for me. 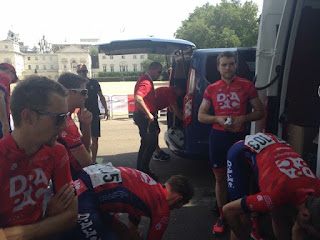 With the course starting and finishing around Buckingham Palace and the Mall, the crowds were electric and to race through them was simply awesome.

On the start line, the weather and temperature was perfect - mid-20’s and patchy blue skies. 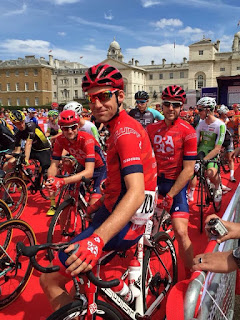 The large field of 180 made bunch positioning very crucial, especially with the many narrow English roads we raced along, so riding near the front made the short sharp climbs and technical descents much safer and easier to handle.

The peloton was strung out in single file for the majority of the first 30km’s, with many riders trying to establish themselves in the early breakaway.

Peter Koning tried numerous times to get up the road but everything he went in got brought back. After 35km’s, the early break of five riders was established, but we didn’t get any Drapac riders in the move. 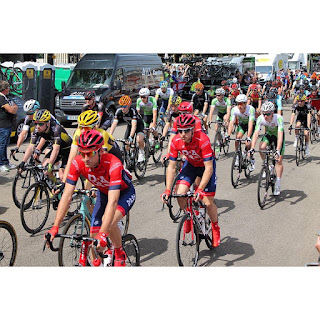 With nobody in the move, it was now all about saving ourselves for the final third of the race. Maintaining a consistent fluid and fuel intake would also be important, helping to sustain the body’s energy levels for the 200km race.

The short but sharp Ranmore climb split the field on the third and final accent and with 65km’s to go, the attacks intensified.

BMC were heavily active at the front, Sky controlling the moves and Ettix-Quickstep also following the moves to keep the field together as best they could.

We hit Box Hill at a gradual speed, but this was short-lived when Phillip Gilbert (BMC) went on the attack.

The 4km climb was only 4%, but it was enough to reduce the group and create a new leading group off the front.

With only Dylan, Will and I represented in what was left of the main group, we struggled to mix it with the bigger teams with more numbers and horsepower at the front.

After the short but intense series of climbs, I found it difficult to recover enough to follow the big attacks when the final selections were made with only 30km’s to go.

The tough rolling roads back into London strung the bunch out and in the end, we finished three minutes down on the winner, in the main group containing the top sprinters like Cavendish, Viviani and Farrar. 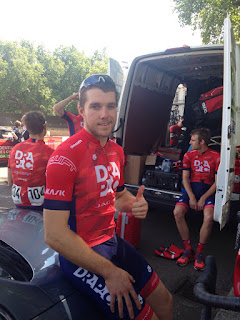 For my first year attempt at this race, I was happy to gain valuable experience and test myself against the worlds best. To identify what I was lacking and what I could improve on will come in very handy for when I return to this race in the future. The course is great and I would like to return next year and improve on my performance.

Thanks to my teammates for the great week in the UK and for helping me out during the race. Thanks also to our team staff, mechanics and our sponsors who go above and beyond to ensure we are well looked after. 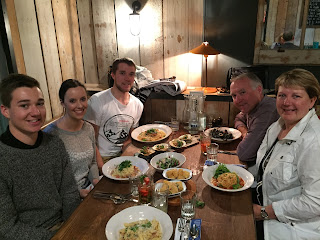 With my teammates and I heading our different ways at the airport, my destination was a little different this time around, as I joined my family on their three-week holiday, which had included watching me race Ride London. 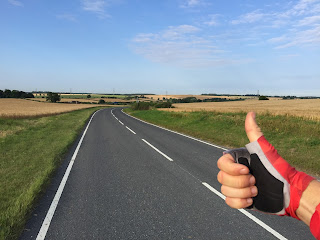 Whilst in the UK, I enjoyed some nice rides through the picturesque country roads, had lovely lunch and dinners with our English relatives and explored the many historic landmarks, shops and streets with my family. 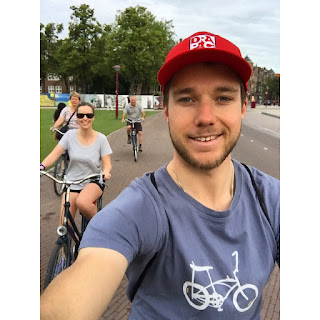 For my family’s final week in Europe, we spent a few days in Amsterdam and then a couple of days up north in Venhuizen, hosted by my teammate Peter Koning and his family. 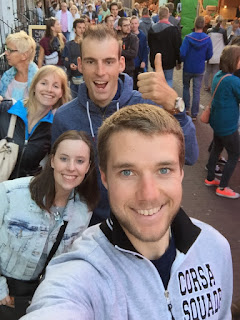 It was great to have Dutch locals show us around, we had a lovely time and it was a great end to the holiday. 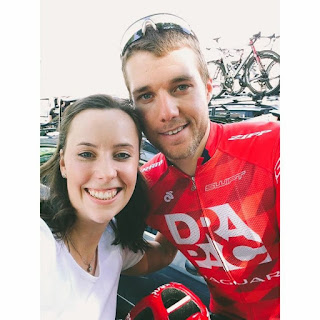 After saying goodbye to my family who headed back home to Australia, I have now begun my seven-week European racing and training stint, with Holland being my base for the first two weeks. 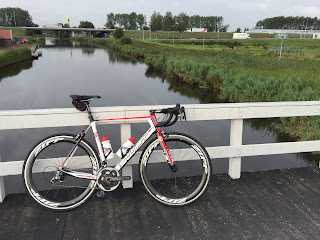 Joining me in Holland will be my younger brother Jarryd, who will be coming to support me for the Pro Kermesse races in Belgium whilst having some races himself. On our way to our base in Belgium, we travel via Germany for a few days to visit our German relatives.

Once in Belgium, I will continue my training and racing, fine tuning the body for my next race with Drapac Pro Cycling, on the 8-11th October in Abu Dhabi.
To gain new racing experience and learn a different style of racing in Belgium is something I haven’t experienced yet, and I’m looking forward to it!