The busy start to the year has come to a close, with our last race in Australia being the Oceania Road Championships, which took place in Toowoomba, QLD.

With 14 Drapac riders set to start the 2015 event, we definitely had strength in numbers over our two main rival teams in Avanti and Budget Forklifts.

I was also taking things a little more cautiously after my stage two Herald Sun Tour crash only eight days earlier. Despite no broken bones, I still had to be careful of any further concussions (six is my new tally), the nasty soft tissue injuries, a large Hematoma on the left hip and potentially fractured ribs and a left shoulder blade.

Unfortunately for the team, Cam Peterson and Travis Meyer had to withdraw from the race due to injury, but a sunny day in the high twenties with light winds saw the start of the 142km race, made up of 125 elite riders from all over Australia and New Zealand.

The 35.5km course was a fantastic one-day circuit, featuring narrow roads, crosswinds and a few solid climbs to split the peloton.

It wasn’t until halfway around the first lap, that teammate Jordan Kerby followed into a small move consisting of six guys.

Team Data#3 racing took up the chasing, having no one represented in the break for them. Avanti also put two guys on the front to help with the pace making, but we were happy with our situation with Jordan up the road.

Two laps down, we were on the third lap and everyone was still together in the peloton, the break had three minutes advantage.

Approaching the main climbs of the circuit, team captain on the road, Graeme Brown dropped back to the car to have a work with our directors in Ago and Keith. 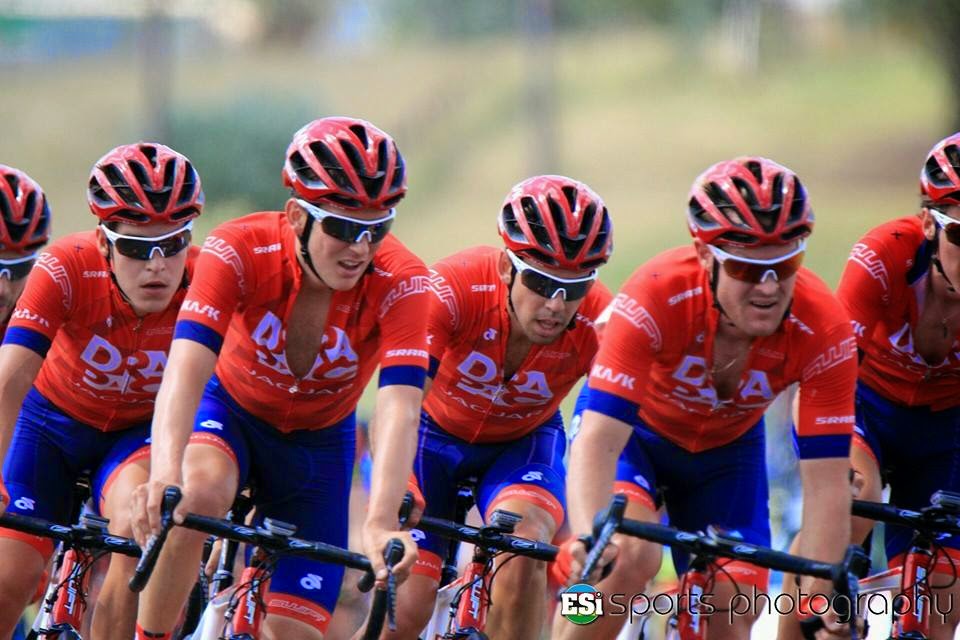 When Brownie returned, he told the team to get to the front and chase down the break, as Jordan was temporarily struggling. A sense of urgency spread through the bunch as they realised what was going to happen, then moments later, a loss of concentration from some riders led to a massive crash, just 10 meters away on my right hand side.

I saw some cartwheels and face plants and it didn’t look pretty, but thankfully, I avoided the crash. After receiving a bottle from our staff at the feed zone, I was pushed a few riders back from rest of the guys when the crash happened. A large split in the peloton saw 25 riders racing away up the road, leaving me in a small group of seven chasing back on.

Luckily for me, teammate Tim Roe was also caught out and showed some true teamwork to attack up the outside of the chasing group with me on his wheel and bridge across the gap to what was left of the peloton.

Eventually moving to the front, we now had 11 riders charging down the road with only 20 others hanging onto us. It was impressive riding from the guys, and we were the strongest team out there.

With 20km’s to go, the break was still holding a reasonable advantage, but we were closing in.

The plan was working well and we had plenty of options, but in a dramatic change of tactics, we got the word from Ago that we were to stop riding.

The word came threw that Jordan Kerby was now feeling good, he had the measure of his breakaway companions and had the backing of all who were behind him. The rest of the peloton were stunned, not knowing what to do next.

A false tempo and a few surges on the climbs during the last 10km’s resulted in a bunch sprint for 8th, with the breakaway group managing to stay away for the day and take glory. 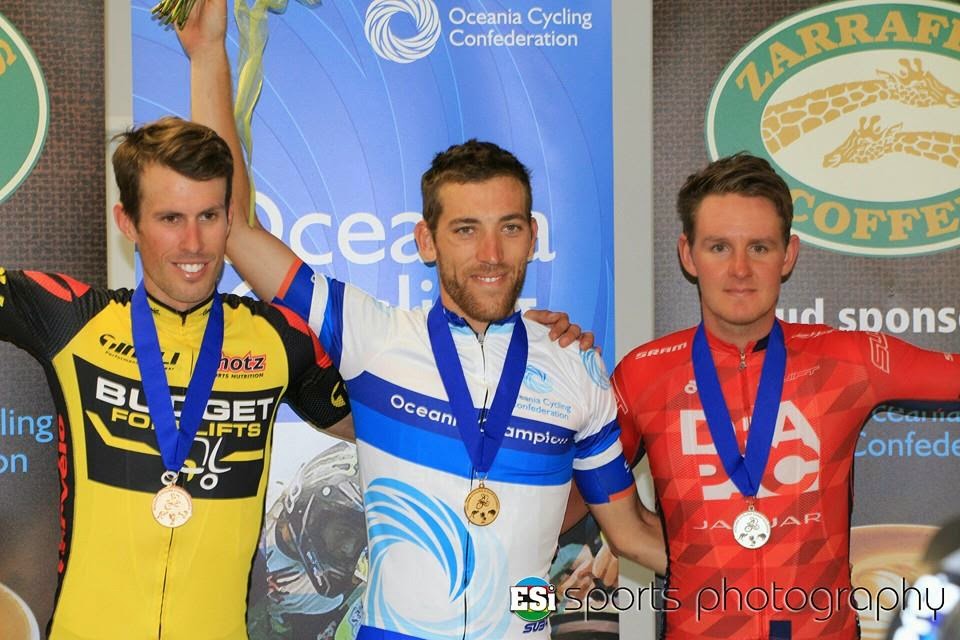 Jordan Kerby ended up in second place, after a sneaky, yet simple move from Taylor Gunman (Avanti) saw him simply roll off the front of the group and ride away to take victory.

It may have been a slight hesitation that gave Jordan silver, but in the end it was a lesson learnt and the decision from the team was the right one at the time.

It was a disappointing end to what was a perfect race, but a positive outcome by sticking to our plans and backing your teammate when they say they’re good, which he physically was.

I opted to finish safely in the front group, not taking any risks at this stage in my recovery, so Mal and Brownie did the job anyway, finishing one and two in the bunch sprint for 8th. I was happy with how my body handled the race, to finish in the front group and test myself out at that level when not at 100% fitness was good for the head.

I’m really looking forward to getting back to full strength before we depart for our overseas races, some great opportunities and experiences await us.

The Tour de Boland takes place from the 2nd to the 6th March and The Argus Cycle Tour is on the 8th March. We leave South Africa and head to Italy to compete in the GP Nobili Rubinetterie-Coppa Papa Carlo-Coppa Citta di Stressa, a UCI 1.HC one-day race on the 19th March and then the Settimana Internazionale Coppi e Bartali UCI 2.1 five day Tour beginning 25th March to 29th March, before heading back to Australia.

A big thank you to our team sponsors, staff and supporters, we continue to make improvements as a team and it’s just the start of bigger things ahead this year.