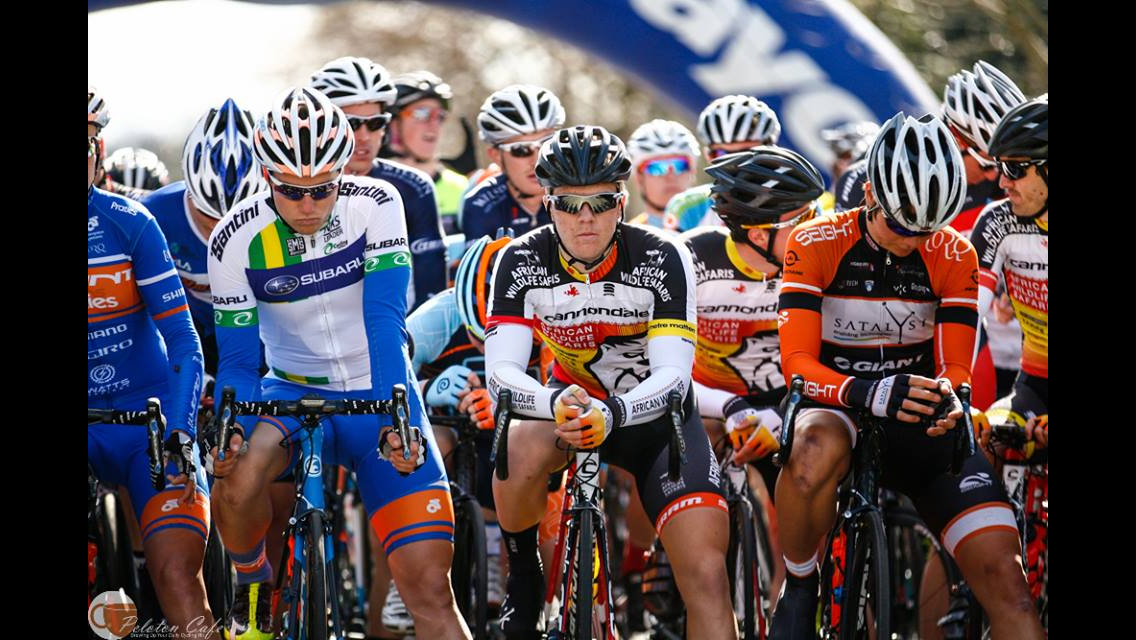 Commencing the Lakes Oil Tour of Gippsland in my hometown was pretty special, but wearing the National Road Series leaders jersey and number one on my back made it even better. 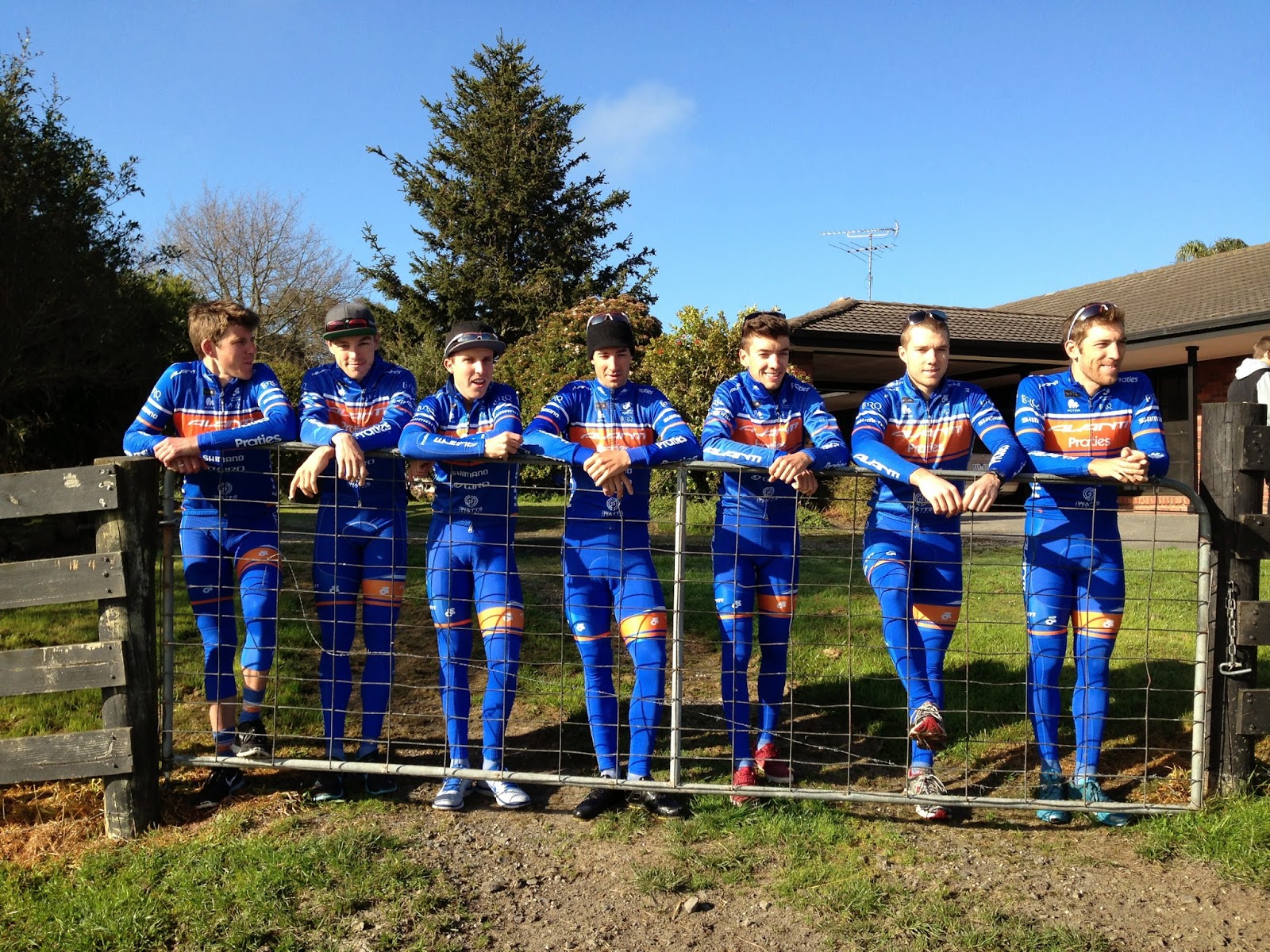 A week out from the tour, I had the pleasure of hosting my Avanti teammates for our training camp and course recon. The efforts we did and the time we spent looking at the courses proved to be very beneficial come race day as we always had a visual picture in our heads of the courses we’d ridden prior. 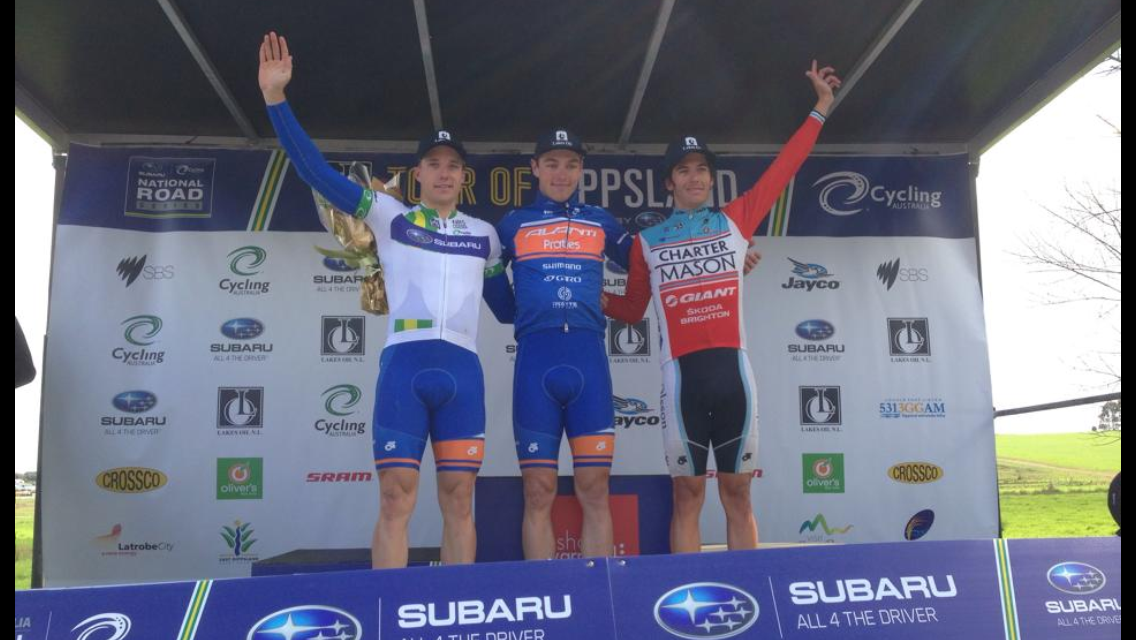 On the opening stage, success was an understatement when we kicked off the tour with 1-2.  The first intermediate sprint was fast and I managed to place second and pick up some time bonus seconds.

Approaching the time bonus KOM of the day, we were all positioned well at the base. It was only a 2.5km climb but it was fast and hard. Tim Roe attacked with 1km to go and got a gap to take out first. I followed closely behind in second to take some more time bonuses for the day.
A dangerous break went clear with 10km’s to go, but it looked like we had a chance at a bunch sprint with 2km’s to go. 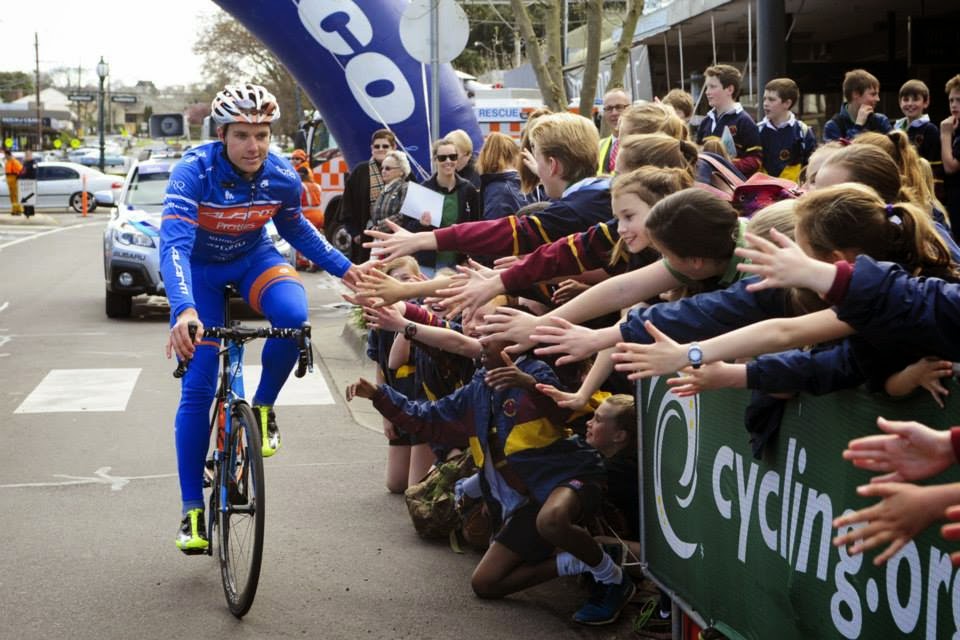 Teammate Scott Law got a perfect position out of the last corner, diving underneath the 10 man-breakaway to take the stage win. I was hoping for local success but finished a respectable second place after losing Scott’s wheel around the final corner.

It was our Team DS, Neil Walker’s birthday, so a 1-2 couldn’t have been any better and he was over the moon. We held the yellow jersey, green jersey and 1-2 on GC at the end of the day.

With five days of racing including one double staged day, it was important to keep up the recovery and back up day after day.
For this tour, our masseur was Jim Nguyen, an experienced cyclist himself and passionate about his work. We all appreciate his work and although a little painful at times, had our legs ready for the next stage. 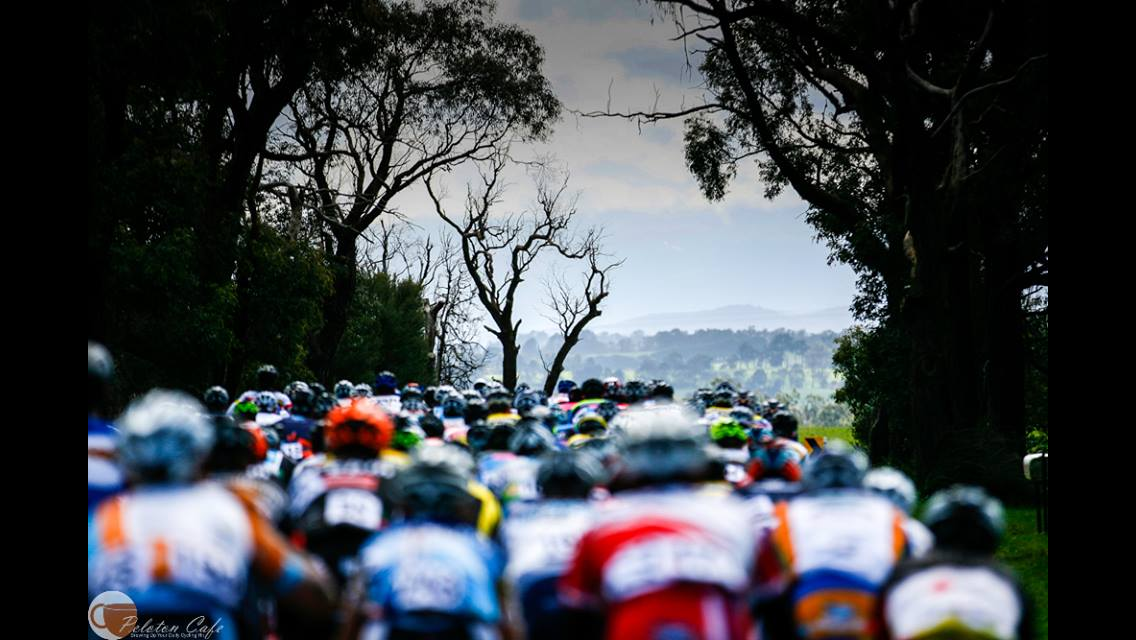 Rolling hills atop the Grand Ridge road were the feature for stage two which began in Leongatha and finished in Yinnar.

The team rode strongly on the front defending yellow and we controlled the race as best we could. I suffered a rear wheel mechanical over the first KOM, but with the field split into a few main groups, our team car was behind the lot. Thankfully, teammate Mark O’Brien stopped and we swapped wheels, then I set off in pursuit of the front group. I had teammate Taylor Gunman help me close the final gap to the bunch, but it took a lot out of me.
In the finish, Scott rode very well to get himself over the climbs and we ended up finishing second and third with Scott holding onto the yellow Jersey.

A short trip to Sale saw us check-in at our accommodation for the next three nights. It was a nice big house with plenty of space, a big kitchen and comfy beds. 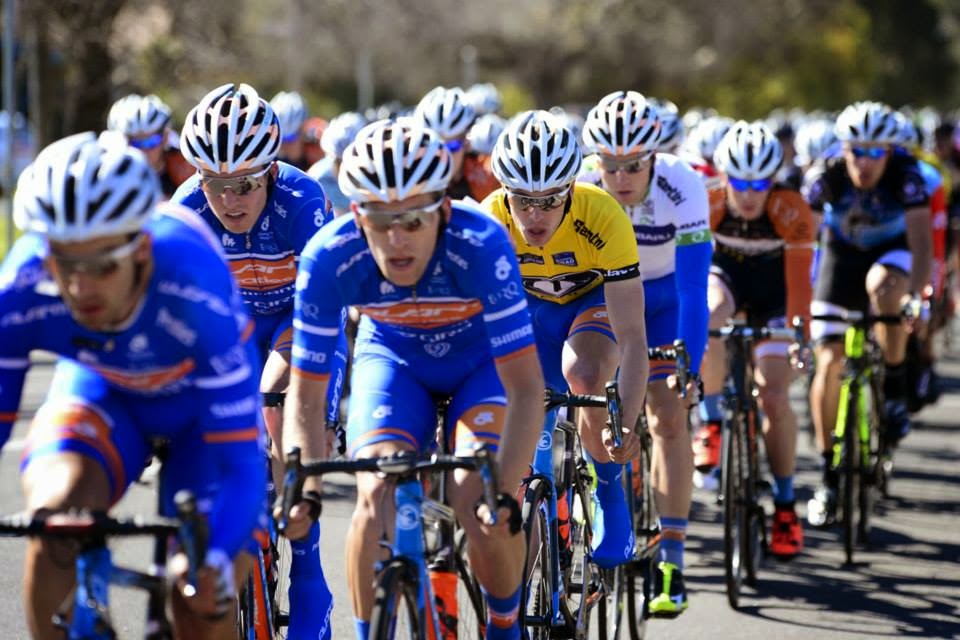 Day three was the first and only double staged day in the Tour this year.
The morning criterium in Sale turned out to be a team time trial for us, with our drivers of the team setting the pace all race. They boys had their work cut out, chasing down a two-man break that were gaining a serious advantage.

In the finish, Scott and I were fresh but the other teams lead-outs took over and we finished in third and fifth. It was my 11th straight NRS podium finish, a consistent performance but we wanted the win. The afternoon’s road race would be the decider though, so our preparations were now focused on that.

Having done course recon on this exact stage, we knew how hard the major climb would be after 55km’s. Our plan was to ride the climb hard, with our climbers lighting it up and blowing the field to bits.

It worked well, the team got the job done. Destroying the 160 rider field with only 15 guys making it over the top of the 6.5km climb in the front group, and we had four guys in the move.
I was one of the last to get dropped, so I was content with my ride being the last sprinter left in the elite climbing group, plus I set a new 4, 5 and 10-minute Peak Power record in the process which goes to show how hard the boys were going uphill! The group went on to take the line honors and thankfully it was teammate Joe Cooper, back from injury, who took out the stage. A late solo attack stayed narrowly clear of the front group and Joe took the yellow jersey in the process.

With two days to go, we were in the lead of team’s GC and Joe was in yellow, but only by 1 second. 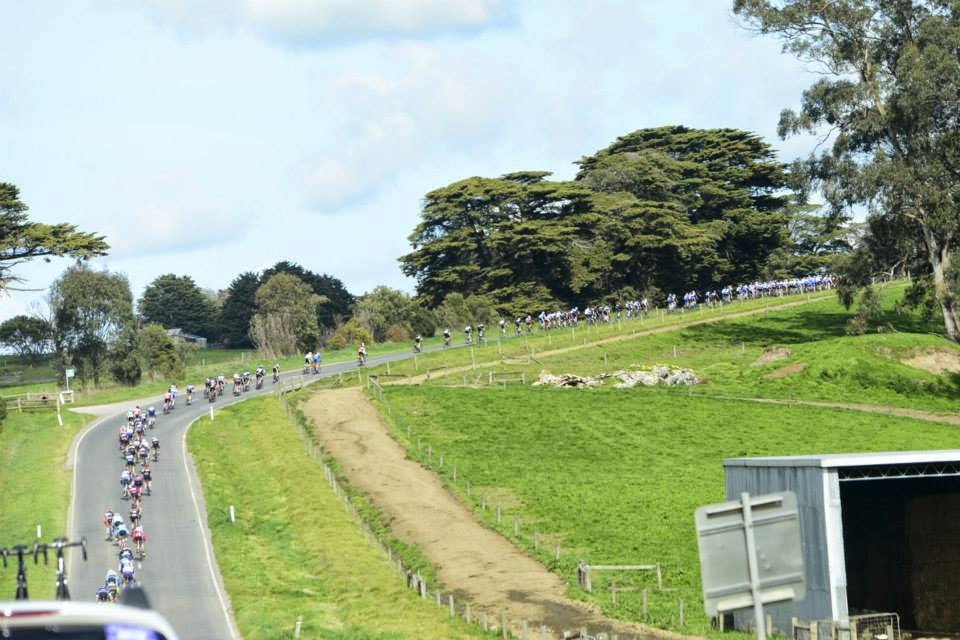 Stage five was important and our plan was simple, we all needed to perform as individuals to get the overall result for the team.
It involved winning the first intermediate sprint, which we did going 1-2. After a good lead-out from Scott, we crossed the line to take time off Joe’s closest rivals.
The time bonus KOM was up to our climbers, Joe needed to finish in front of Tim Roe to hold onto the lead.
Tim rode well to cross the KOM first and became the virtual Tour leader.

In the finish, it was coming back for a bunch sprint and with 600m to go, it was perfect as I still had Mitch and Scott in front of me.
Another rider decided he’d charge up the inside with Scott not taking a bar of it and stopping him in his tracks. He crashed and fell onto my rear wheel, knocking the rear brake caliper and causing some serious brake rub. I went backwards and despite trying to physically kick the brake back into place, it was race over. A stage win looked promising but unfortunately missed. Jo slipped back to third on GC with one day to go. 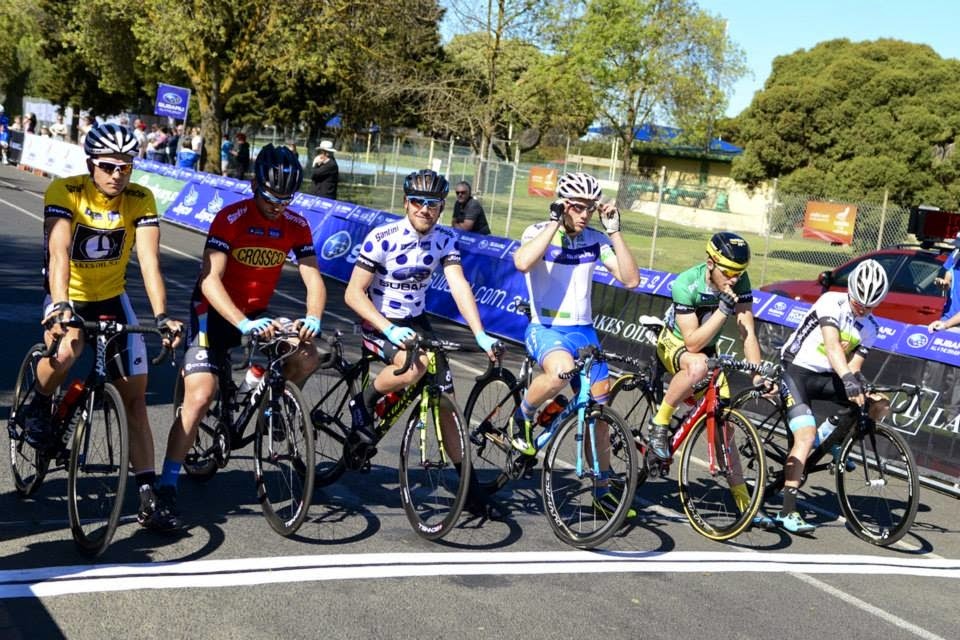 The final day was one of the hardest I’ve done in a long time. Not only was it a fast criterium, it featured a 300m steep climb with a false flat at the top. We had 30 laps to complete and the rectangle circuit was brutal.

Everyone put pressure on Charter Mason who were in yellow and a breakaway was formed as a result featuring teammate Mitch Lovelock-Fay and Tim Roe who had attacked across in the final few laps. 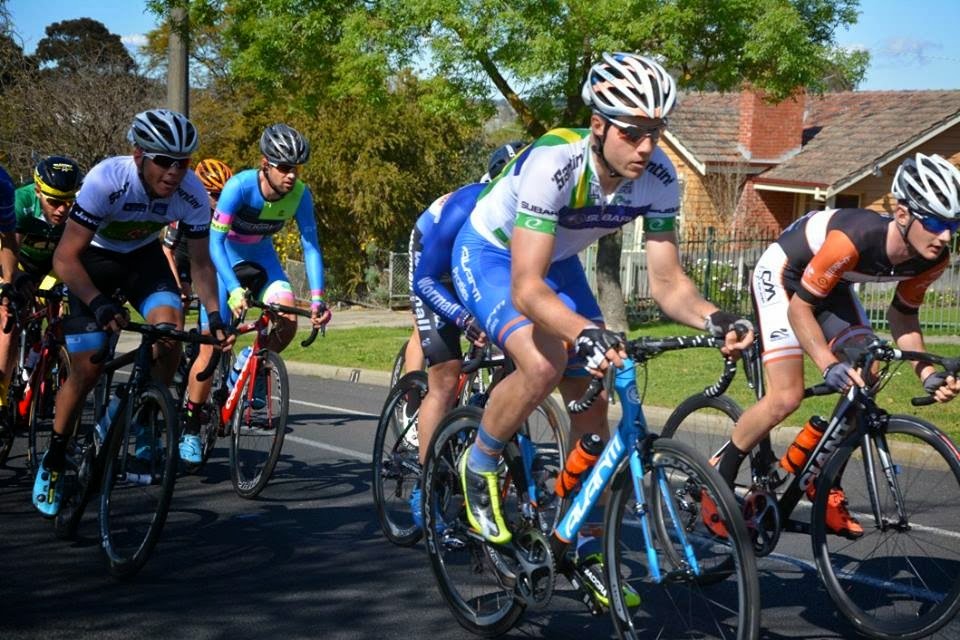 Scott, Ben Dyball and I did some big turns towards the finish but Joe had missed the move and the break won the stage. Mitch held on for third place and he moved up to fourth on GC, only two seconds off the podium. If we didn’t chase and let Mitch take responsibility for the team out front, he would have placed third on the GC podium but that’s racing and we obviously didn’t calculate the situation at the time. 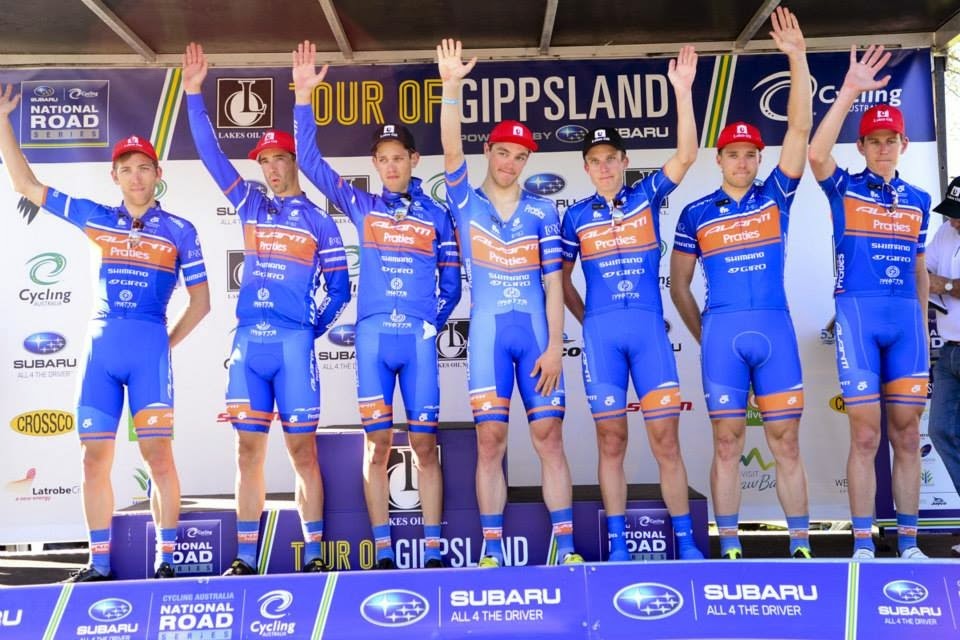