260km CareFlight Base to Base Ride

Travelling up to the Gold Coast is always a nice way to spend your weekend and I was looking forward to visiting the sunshine coast once again. My visit was something of a different kind however, with lots of hard work, pain and suffering, plus a long day in the saddle to come before me. I was taking part in the 2014 edition of the CareFlight Base to Base Cycle Challenge, which has been a regular inclusion on my calendar since it began in 2012. The ride itself sees riders cycle 260km from the Gold Coast to Toowoomba to raise money for this not-for-profit helicopter rescue service. Each rider has a target of $1000 to reach so the donations are very much appreciated by friends, families and businesses. This year with 30 riders, we raised just under $50k with a total of $47,000. I was pleased to reach my target and raise $1,590, which I couldn’t have done without my supporters for their generous donations to this worthy cause. They saved my life in 2011 and every little bit I can do to give back will go a long way. Raising the money was the easy part, we still had 260km to ride before we reached our finish line. In the morning of the ride, our 3:30am wake up call was a little early, but we needed to be on the road by 5am in order to be in Toowoomba before it was too late. After a coffee, some food and a healthy layer of Champion System – Avanti Racing Team clothing, I was ready for the big day ahead. 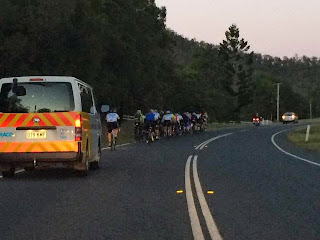 One of my good cycling mates who I’ve known from the junior MTB days, Ryan MacAnally helped me set the early pace as we both pulled the first turn to lead the bunch out of the Gold Coast. It was important to ride strong as a group, share the workload around and give each other the best possible chance of reaching the finishing line together. The weather was a cool 16 degrees, somewhat fresh for the locals who were surprised to see me wearing no gloves, but it was a nice temperature to begin the ride in. Making good progress, our first stop after 60km’s was an opportunity to re-fill drink bottles, take a nature break and fuel up before a solid 100km leg towards our lunch stop. The rest stops, which were placed a few hours ride apart, were complete with food, water & nutrition. There was also a convoy including mechanics, a paramedic, policeman and staff, which made for an exceptional support crew. 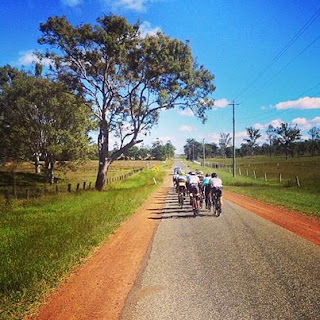 At the lunch stop, I rode straight to the coffee van for an awesome flat white, which filled the caffeine spot after pulling a solid turn for the group. The local Bendigo Bank supplied us with sandwiches, muffins, fresh fruit and drinks so we thank them for their support. Feeling replenished after lunch, we set off to finish the last 100km’s we had left to ride. The winds weren’t in our favor at all as we fought a strong 40-50km/hr cross/head wind for most of the day. It made the challenge even harder and the closer we got, the stronger it seemed to get. Approaching our last stop, only a few riders had pulled out with the rest of the group re-fueling before our ascent to the top of Flagstaff Hill. 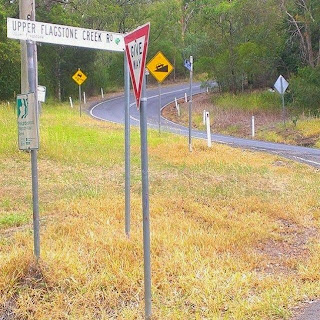 The climb is steep, reasonably long and after 240km’s, hurts like hell, but that’s the beauty of cycling, teaching your body to push to it’s limit. Up the final climb we had a small front group of elite riders including myself, Ryan, Alex Wholer and Robbie McEwen who set a solid tempo to stretch our legs. Everyone re-grouped at the summit before riding into our finishing location at the CareFlight Toowoomba hanger. Although tired and sore, everyone thoroughly enjoyed the last few kilometers to be welcomed by many of the rider’s friends, family and support staff. In a time of 9hrs 45minutes, it was a solid day to say the least, but we raised a substantial amount of money, had another memorable day on the bike and got to meet many new people taking part in the 2014 event. 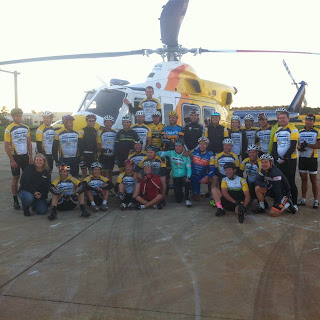 I’d like to say a huge thank you to everyone who took part this year, whether you were riding or supporting, it was an awesome accomplishment by all. The CareFlight organizing team did an amazing job and I’ll see you again next year!
Labels: Base to Base charity ride Careflight training