The Bendigo International Madison is one of Australia’s most iconic track cycling carnivals on the calendar. Filled with Australia’s best elite talent, the racing also attracts some of the world’s top international track riders. This year, I was looking forward to racing the Madison International Criterium which is held on the Friday night before the track carnival. I’ve raced this race for the past two years, with every year being another step closer to the podium placing 15th in 2012 and 8th in 2013. The honour roll includes Pro Tour Riders such as Mark Cavendish (2005), Simon Clarke (2006)and Mitch Docker (2008). 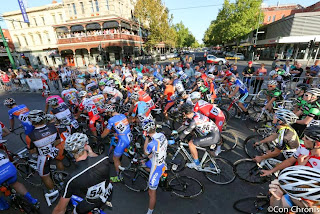 Lining up on the 2014 start line was a selection of Australia’s up and coming talent and a handful of international riders from Germany, New Zealand and the Netherlands. Racing for Avanti Racing Team, I was accompanied by some of my teammates, Luke Fetch, Mark O’Brien and Scott Law. The 1.2km circuit was technical with two main straights, with the back straight being on a 2.5m wide footpath through the middle of the local park. There is only one thing you need to do and that’s ride a good position! If you’re not in the top 20, your night will end much sooner than you would have hoped for. It’s like an elastic band, the front riders are riding hard and smooth while the guys at the back are being pulled along in surges, it’s painful and I wasn’t going to be caught out at the back of the race like previous years. The 30-lap race began aggressively with many small moves breaking clear from the main field. I made sure I got to the front as soon as I could and as a team, we were riding superbly to represent ourselves in every move and bring back the ones we weren’t in. 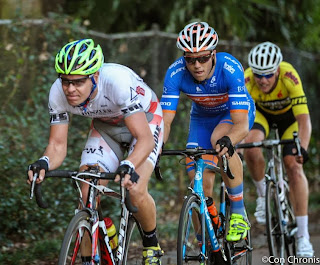 At the 20-minute mark, I rode away with Budget Forklifts’ Sam Witmitz and Germany’s Leif Lampater who won the race in 2009. We were joined by Luke Parker (VIS) and my teammates Mark O'Brien until a gap opened between the front group and they re-joined the main field. Once we had established the initial gap, despite some organized chasing from a number of riders, our advantage only increased. The gap was never more than 35 seconds at best, but on this course, it’s close to half a lap. We all contributed to the pace making equally and it was the perfect breakaway trio to be part of. 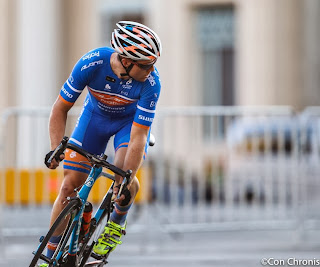 Glancing back at the main field, it was good to see my teammates helping to control any potential attacks, enabling us to continue the race-winning move. The final few laps were no different to any other - we all contributed equally to the pace. On the final lap, no one made a move and I was certain I could get the job done in a three-up sprint to the line. 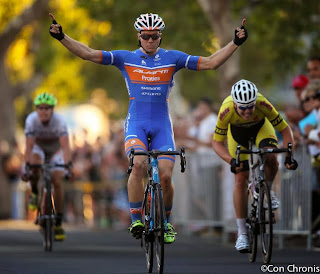 Sam kicked first coming out of the park and into the final bend with 250m to go. I followed in his slipstream, with Leif trying to take his wheel off me. We rubbed shoulders and gave each other an elbow or two, but I wasn’t going to let him take it from me. I was able to hold Sam’s wheel and go on to win the 2014 race with Sam in second and Leif in third. 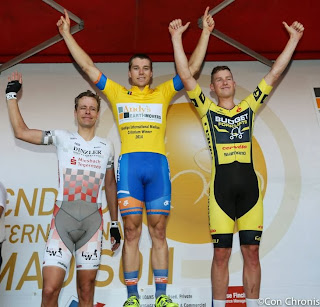 My teammate and last year’s winner Scott Law won the bunch kick for fourth place. I was so pleased to get the win, which I couldn’t have done without my supportive teammates riding strongly the whole night. To stand on the top step of the podium representing Avanti Racing Team and to put on the yellow winner’s jersey was a great feeling! I’ve wanted to win this race ever since my first attempt a few years ago so was really pleased with my result. 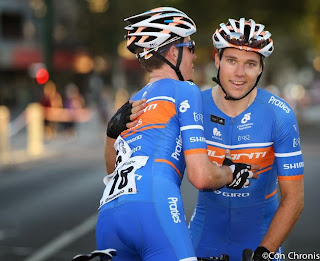 Thanks to all of our sponsors of Avanti Racing Team, we couldn’t be achieving results without your products and support. Diadora Australia make the best cycling shoes and I’m fortunate enough to have their support as well. Big thanks to my coach Matt and his wife Brooke for their hospitality over the weekend, I always feel at home up in Bendigo and I was spoilt by the great coffee and home cooked meals. Last but not least, thanks to my supportive family, friends and girlfriend Lucy for the time and effort you put in to help me pursue my dreams. Photo credits: Con Chronis