With the weather on our side for this year’s 98th Edition of the 256km Melbourne to Warrnambool, the 6.5hrs spent in the saddle were a little more enjoyable then previous years. Racing with Huon – Genesys Pro Cycling Team, my aspirations were high leading into the race as I was confident the team we had was capable of achieving success. 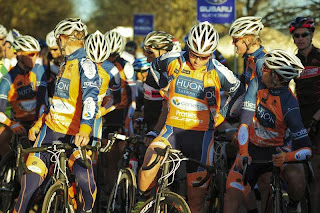 The mass start race saw a total of 222 riders take to the start line ahead of the gruelling journey to Warrnambool. With the clear blue skies on our sides, we only had to worry about the wind which was mostly cross-head wind all day. 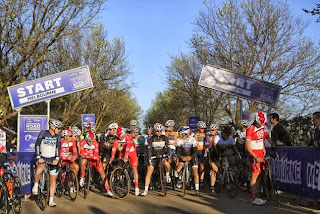 After the 9km Neutral Section which warmed up our legs for the long race ahead, the furious start to race began immediately with plenty of attacks and small groups scattered along the back roads around the You Yangs. Nothing looked threatening but we were always represented with riders at the front. After 40km’s the field split, up a short but solid climb. A leading group of around 20 riders established and I made the move along with my teammates Jack Haig, Jack Beckinsale, Aaron Donnelly and Kane Walker. Once the break got organised and everyone began to roll turns, the pace began to increase and we were able to get the gap out to about 1minute 30seconds. 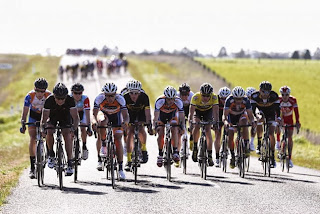 Approaching a left hand corner, I could see the wind was going to become a solid cross wind and had potential to split our leading group. My teammates and I were positioned well up the front and when the pressure was applied, we were able to remain together as best we could. Kane just missed the split but so did Team Euride and a number of other smaller NRS teams. At the 130km mark, the peloton was back together after a chase by Team Euride brought our leading and threatening break back together. After a nature break and some fresh Torq Nutrition replenishments, we were back to the furious racing once again. 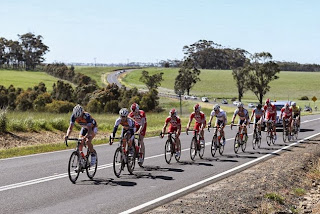 A tough cross-tail wind section created another split in the main field, this time Joe Cooped came to the front and made the small leading group split to bits. Team Drapac initiated the chase with a Teams Time-Trial like surge which left everyone out of place and strung out in ‘the gutter’ but it was only short-lived as the wind was too strong. Approaching the renowned Camperdown KOM climb, most of the breakaway was caught, with only 2 riders remaining clear of what was left of the chasing peloton. Team Drapac set the tempo on the climb with Jack Haig riding away with Drapac’s Darren Lapthorne and Will Walker. For the next 50km’s or so, the leading 30 riders were split in small groups of no more than 8 or 9. This made for great racing and is why the Melbourne to Warrnambool is such a classic race! 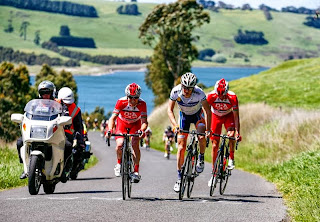 Eventually, the groups came back together but when they did, a new break went clear. It was then that Jack Haig, Jason Spencer and 2012 Winner Floris Goosinen went clear and established a good break. Team Budget set the tempo but Jack Haig was dropped by the leading break and this forced our team to chase. My teammates got to the front to assist the chase and I was feeling good. The message from the team car was to bring the break back, I was told to sit in and save my legs but it wasn’t to be as the last feed-zone would see an end to my ambitions. 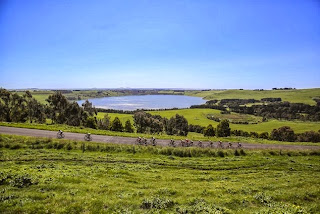 I was riding mid-field, only 20 riders remained at the front of the race and I was joined by 4 of my Huon-Genesys teammates, a perfect position to be in with 30km’s left to race in the Warny! I reached out to grab a feed bag from our team soigner but before I could even think, I was sliding down the road. I watched the race highlights and the video showed that the bag got wrapped around my handlebars and brought me to the ground. It wasn’t ideal and I was in more shock than pain. By the time I could get back on the bike, the leading group only had a 45second gap but I was never going to catch them on my own. 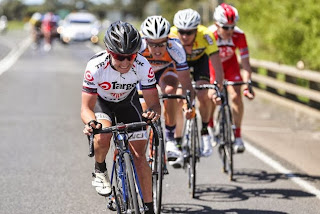 The race was over for me and I cruised home the last 30km’s wondering what could have been. My teammates raced competitively at the front with Jack Beckinsale finishing 6th and Tom Robinson, Aaron Donnelly and Jack Haig finishing close behind him. We didn’t get the result we were hoping for but the Warny capped off the end to the season for most of the team, so there were mixed spirits at the finish line. After a successful NRS Tour of Tasmania for our team, we have secured the 2013 National Road Series Overall Team’s Classification for another year and Jack Haig has taken out the Individual NRS Overall Classification. I have another few weeks until I can enjoy a short break from the bike with my last race for 2013 taking place in New Zealand on the 3rd November. The 7 day Tour of Southland will be an experience different to many others with brutally strong cross-winds and many different types of stage profiles. I look forward to the challenge and can’t wait to share my experience; hopefully we can get the job done as a team! As always, thanks again to my supportive parents, family and girlfriend for allowing me to follow my dreams. To my coach Matt Wallace, Masseur Jude and Chiropractor Sharon, thanks for helping to keep my health and cycling on track. Last but not least, to Diadora Australia and all of our sponsors from Huon Salmon - Genesys Wealth Advisors, we couldn't retain our No.1 National Team's Ranking for another year without you, so we appreciate the support. Photo Credits to Mark Gunter http://www.markgunter.com.au/ and Neil Walker.