Footscray Cycling Club's Midlands Tour was in its 72th year for the 2013 edition with this year’s 120km course making for a great race. One of Victoria's true Road Classics, the bikebug.com Midlands Tour is held in honour of the late 'Tas' Johnson, who reached the pinnacle of Australian cycling by representing Australia at both the 1934 Empire Games and the 1936 Olympic Games.

With the National Road Series taking place in Canberra on the same weekend, I wasn’t expecting the Elite field to be so competitive. The start list included fellow NRS riders from Drapac; Floris Gooseinen and Robbie Hucker, Charter Mason; Shannon Johnson, Jason Spencer and Matt Clarke and Team Raleigh’s Mark O’Brien who was back from his year overseas with his British based team. A number of NRS Teams including African Wildlife Safari and Team Seight made up the rest of the field, which wasn’t lacking in talent at all. 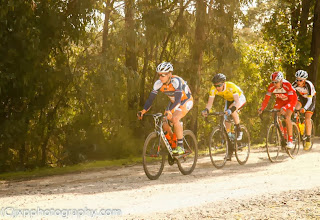 The pace was very controlled for the first 40km’s, in which 10 ‘smaller laps’ on the closed kermese type circuit followed by 12 ‘larger laps’ which included a 1.6km climb at 5% gradient were to be embark on with many riders showing signs of fatigue once on the short but steady climb. After the first couple of laps, the field had split significantly and many small bunches were spread across the circuit as the pace increased at the front of the race. 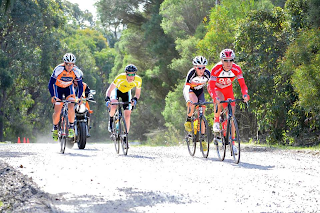 A break including all but a couple of the pre-race favorites broke clear with 10 laps to go and it looked like the winner was to come from this front bunch. Shortly after, attacks followed and it was then, that I joined Floris Goosinen, Jason Spencer and Zac Quinn in a 4-man break which established into the lead with 9 laps to go. 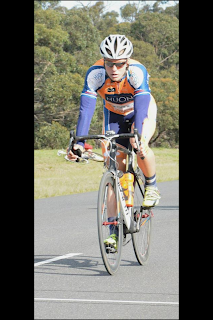 The pace was solid going up the climb each lap, and with the chasing bunches more than a minute in pursuit, we had time up our sleeves approaching the final 2 laps. A short moment of hesitation between us resulted in Floris attacking and establishing a short but comfortable lead. With 1 lap to go, Jason attacked both Zac and I on numerous occasions but it wasn’t until the final climb that he managed to get rid of Zac who was riding strongly all day. Atop the climb, Floris only had a 10second advantage but neither Jason nor I wanted to close the gap and drag the other across. 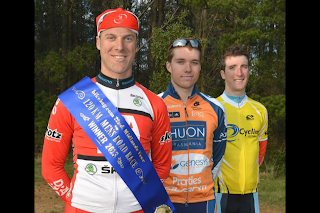 I knew I had Jason covered in the sprint but I didn’t make enough effort to close the gap to Floris with Jason and I left to sprint for second place. Floris took the win by 17 seconds whilst I placed second and Jason in 3rd. Zac Quinn held on for 4th and we finished over 2 minutes in front of the chasers in what was a grueling finish to the 72nd edition of the Midlands Tour. 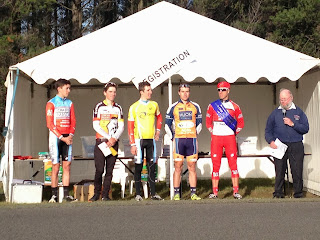 In other racing news, the success on the NRS continues for my Huon-Genesys Team with the National Capital Tour being won by my Teammate Nathan Earle. The whole team rode a fantastic Tour and it was great to watch the video highlights and live twitter feed every day to see my team have such a successful Tour. Hopefully the boys can continue their form in next week’s Tour of Tasmania, which will be closely followed by the historic Melbourne to Warnambool, a One-Day Classic which will be my next race with the team. As always, thanks to my sponsors for their support with the best products. To all of the sponsors who support the Huon Salmon – Genesys Wealth Pro Cycling Team, thanks for helping the team continue to retain its No.1 National Road Series Ranking, we look to finish off the year with great success. Thanks also to Mum, Dad and my Brothers, my lovely Girlfriend Lucy, Coach Matt Wallace, Masseur Jude and Chiro Sharon, I really appreciate your help and guidance. Stay tuned for my next race report, Thanks Brenton.