My first international racing experience with the Huon Salmon – Genesys Wealth Pro Cycling Team was the 2013 UCI 2.2 Jelajah Tour of Malaysia. I was fortunate enough to be surrounded by teammates who have had past experience with both Asian and International racing, so although very green I knew had good company. In the days leading up to the first stage, I was excited to experience the competition and sometimes crazy style of racing, so I was told. 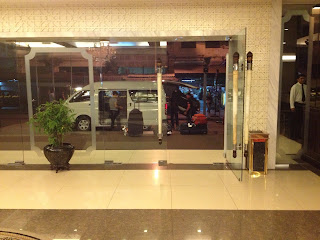 Our flight to Kuala Lumpar was an overnight flight and despite only a few hours sleep I was wide awake at 4:30am and enjoying the humid conditions of Malaysia, for now anyway. 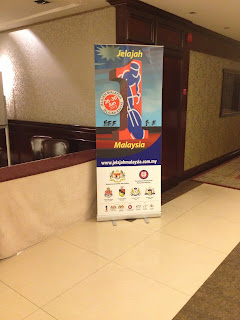 A fast airport shuttle through the crazy roads of KL had us arriving at a nice set-up in the team’s 5-star hotel in the early morning hours. Teammates Jack Beckinsale and Tom Robinson along with Neil and Kane Walker, our team support for this tour, arrived togrther, so we built our bikes and headed out for a ride to acclimatize to the weather conditions we would accustom too. 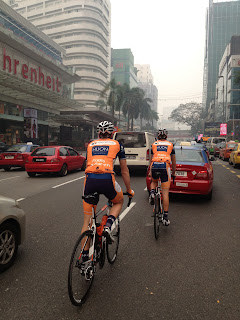 The next day, Aaron Donnelly, Anthony Giacoppo and Sam Davis had arrived so we all met at the buffet breakfast and enjoyed some of the local cuisine. It was a little plain, but rice, eggs and noodles wasn’t too bad. Every morning and night, a buffet was available for all teams and riders in the hotel. It was a new experienced for me, it was enjoyable to eat and socialize with other riders and event staff on tour. 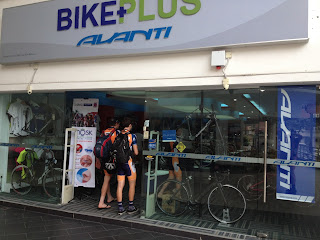 With only 1 day before our racing started we spent the day visiting the KL Avanti-Plus Bike store a short 30 minute drive from the hotel. The Malaysian Cycling Magazine turned up and we found ourselves being interviewed as a team and had a team photo taken outside the Avanti-Plus store. Following the media and sponsor commitments we saddled up for a 1 1/2 hr training ride which was an experience to say the least. With a lead and tail car driven by the Avanti Store staff we rode along one of the main highways which was pretty cool and very fast. 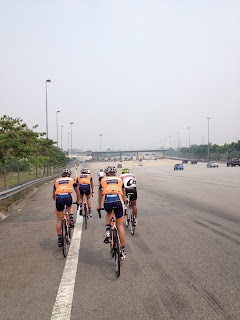 Some afternoon recovery, a team dinner and meeting later, we were ready for Stage 1. Our goal was to wins stages with AJ being team captain calling the shots along the way. Our team staff father/son duo Neil & Kane Walker who were out to prove they could achieve results on behalf of our Team DS, Andrew Christie-Johnson. On the eve of Stage 1, the team's presentation was a highlight for all staff and supporters as each team was introduced up onto the stage and had their team photo's taken. 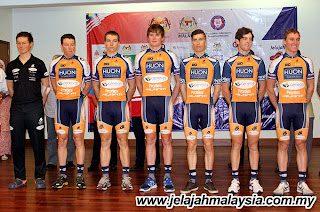 Stage 1 was fast and furious and it was possibly the hardest first 60km’s of any race I’ve ever ridden. Surrounded by 30 police motor-bikes, 20 motor-bike marshals’ and a full road closure, safety was exceptional to say the least. It was another level and goes to show why this race is sanctioned as a UCI level event. Attacks would go, and then go again and again, and again! The Malaysian’s didn’t look strong, but they were! A breakaway broke clear of the main field and consisted of 20-30 riders. It included Sam, AJ and Jack with Sam finishing in 6th place for the stage. I definitely learnt a lot from the first stage and racing 180km’s in the humidity was challenging. 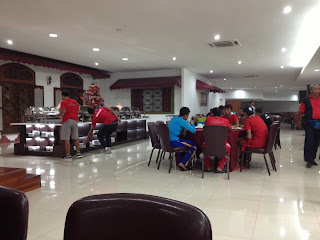 Before Stage 2, the second longest stage of the Tour at 197km’s, we enjoyed our buffet breakfast, consuming plenty of rice, baked beans and eggs. It was enough to fuel our bodies for the big day ahead. With bags packed, we headed to the start line and all signed-on together. Being called up on stage as a team, signing-on and having our photo taken was one more element of why this event was more professional than I have experienced before. 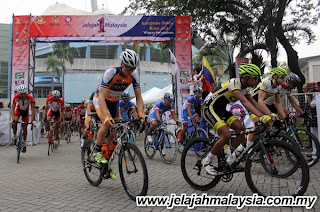 In the race, an early break escaped which was controlled by the leading team, Baku Synergy. The break was caught with 30km’s left to race and the pace intensified with small groups gaining breaks between the main bunch. Everyone in the team spent their energy covering moves and following the bigger team’s attacks. In the end, Aaron Donnelly found himself in the right move and rode superbly to take a convincing win. The team was pleased with the victory and we hoped to continue our success. 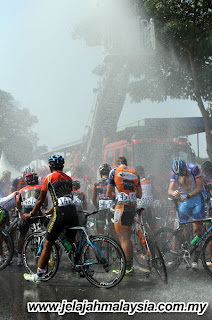 Stage 3 greeted riders with a relatively shorter course of 95km’s. The pace was obviously going to be fast and despite a mid-race two-man breakaway, the main field continued to charge to the line. One of our team’s major objectives leading into this Tour was to practice our lead-outs and today, we got that opportunity. At 30km’s to go, the teams started to form together to position their sprinters in preparation for the finish. There was a lot of fighting for position and a few kind words were thrown around at times but everyone from Huon-Genesys remained out of trouble. The finishing 5km’s consisted of a left turn at 3.5km’s to go and a right turn at 300m’s to go. Positioned perfectly in the top 20 riders with 10km’s to go, it was so far, so good for us. With 5km’s to go, we were travelling much faster, maybe 55-60kms/hr on the flat main road approaching the finish. Our lead-out formation consisted of Tom, Aaron, Jack, myself and AJ at the back. The lead-out was textbook all the way up until the final 300m’s when I saw two Malaysian’s and the big Paul Van der Ploeg burst out of the slipstream and start the sprint. I instinctively followed suit and waited for AJ to fly past but he unfortunately wasn’t able to get a clear run. We finished a disappointing 4th and 5th and go into our next Tour hoping to learn from our mistakes. 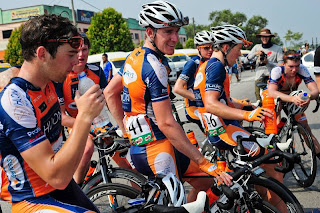 Two stages remained and Stage four was the longest of the tour at 206km’s. To top off what was to be a solid day in the saddle, the temperature was 40 degrees! Fresh cold water and Torq Nutrition Bottles, Bars & Gels aided our bodies need for fuel replenishment and some ice blocks down our jerseys provided temporary relief from the heat. It was my turn to get the bottles for the team today, we all shared the work load and gave each other a rest from day to day. In the last 70km’s the wind picked up and on the four lane highway, everyone was all over the road and pressure was applied in ‘the gutter’, stringing out the field and creating small bunches in groups of 10-30. It was a brutal finish and in the end, we had Tom and Jack in the front group with Aaron and I trying to help AJ back up for a win. The last 1km was hectic and everyone was attacking left, right and centre. AJ dived up the inside after what was left of the main bunch caught the leading 20 riders with 500m to go. I looked up and saw he made it to the front and with 200m to go, he hit the lead and held on to take our team’s second stage victory. A great ride by AJ and full credit to the whole team for every effort they made during the stage, teamwork wins races. 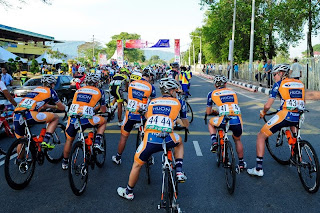 Finally, after 620km’s of racing, only 170km’s remained for the Tour. It was a fast stage with temperatures slightly cooler than the day before. Leading the overall GC, Team OCBC were happy to see a small breakaway go clear and for most of the race so a solid tempo was sustained. We began to see the time gap fall and soon after, the escapees were caught. Attacks followed and we covered what we could to try and help Sam Davis retain his 7th place on Overall GC and to hope for another bunch sprint. Our lead-out was perfectly positioned once again but we lacked a few extra riders near the end meaning we fell short and were sprinting for fourth. It was a miss-calculation by not only us, but the other teams with their sprinters too. Most importantly, we had all crossed the finish line safely and had gained valuable experience from a quality 5 days of UCI level racing. 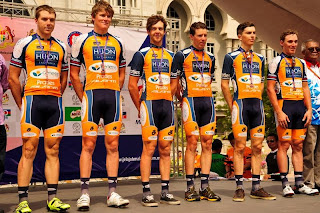 My first international racing experience on the road bike saw many highlights along the way; I appreciated the opportunity to ride with my team and would definitely go back next year. Overall, we placed 3rd on team’s GC and Sam held onto 7th on individual GC. We also won two out of the five gruelling stages which was a great result for us. We couldn’t have been so successful and performing at our best if it wasn’t for Kane & Neil Walker who managed us for the week. To our sponsors, we thank you for providing us with your amazing products and supporting our team. Next on the cards for the team is the National Road Series with the Tour of Gippsland, Tour of Great South Coast & Tour of the Murray the next few major races.