A strong contingent of Elite riders gathered in the small country town of Harcourt to contest the 2012 Victorian Country Road Championships which have been fiercely fought out in previous years. In 2011, I had the better of the rest and took a commanding win, but I knew I would have my work cut out for me trying to defend the title again this year. From unbelievable wet weather in our club championships at Warragul yesterday, to blue skies and crisp conditions today in Harcourt, I was almost looking forward to having a hard race without rain for once. The junior races took place in the morning with my youngest brother Mitchell taking a very convincing win in the U13 Boys to become the state champion - a name to watch out for in the future! 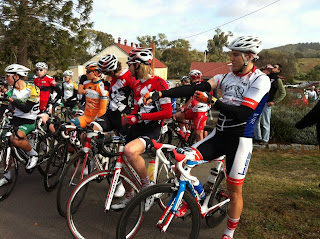 After a short warm up on the rollers and a quick spin out on the road, I was ready to race. Ensuring I had enough water and Torq Nutrition bars and gels on board was a crucial part in my race preparation because, with a race distance of 111km’s, your body requires adequate food and hydration to make it through to the finish. The start of the race was slow at first but it was less than 2km’s before the first of the attacks began to appear. I positioned myself up the front to stay close to the moves and out of trouble in the bunch and this proved to be a very smart decision when after 10km’s, I surged out of the U-Turn point causing the field to splinter and a small breakaway of 5 riders to establish. 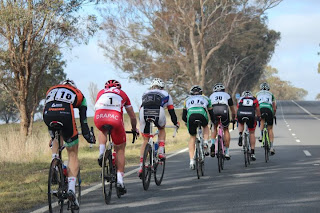 We all worked well together throughout the race on the challenging 3 lap, 111km course with many short climbs and flat cross/head wind sections. It wasn’t until lap 2, that DRAPAC’s David Pell and John West’s Matt Clarke joined our breakaway to add to the fire power we had already established. We once had a lead of 1 minute 23 seconds over the main bunch, but on the last lap, it was significantly reduced to 45 seconds. 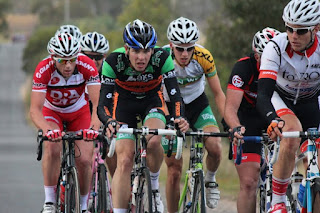 Despite the time gap being reduced, we managed to hold this gap for the remaining lap and it would be the breakaway of 7 who would triumph at the end of day. There were a number of attacks in the last 10km’s and with no one willing to chase them down, it was up to me (defending champion) to bring them back each time. Approaching the finish, small attacks were constant and I had to control them knowing that no-one was going to bring me to the finish line with fresh legs. In the last 1km, everyone was becoming edgy, so when Matt Clarke hit out with 600m to go, I followed him in hope for a brief lead-out but we were both swamped by two other guys with 400m to go. 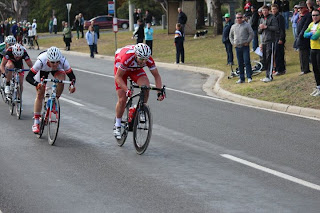 At the finish, David Pell kicked first, about 150m out and I knew that was the move I forgot to make – kick first!!! He squeezed me into Trent Stevenson (3rd place)making my run to the line a disrupted one, but no gap was created or lost between the two of us in the final few meters resulting in a 2nd place for myself and a strong win for Pelly. 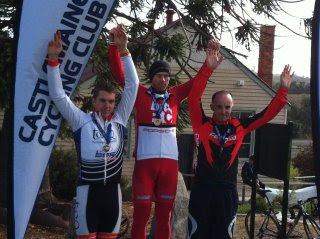 Disappointed that I couldn’t go back to back and find my normal sprinting legs today, I came away with many positives, one of which was the many valuable mistakes that I have learnt from and will never repeat and the other is the way I raced today; a strong defence of a title I hope to regain once again in the future. With a win (equal first with my middle brother Jarryd) at club champs yesterday, to a 2nd place at the Victorian champs today, my weekend was a good one. I now look forward to my next race and I can’t wait to find a much needed win that I know is just around the corner. Big thanks to my sponsors Torq Nutrition, Monza Imports and Sram. To my parents for their support and encouragement and to my coach Matt Wallace for his awesome guidance, I thank you all for your contribution to my performances. Also a big thanks to Darren Casey for his great shots out on the road today which are feature in this report. Stay tuned for my next report, hope you enjoyed the read. Thanks, Brenton