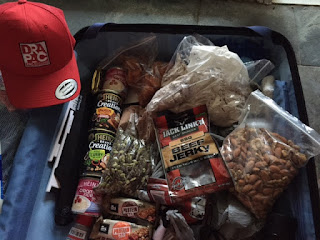 A suitcase full of baked beans, tuna, protein powder and some condiments means only one thing, I’m off to China to race bikes again.

Having raced the Tour of Hainan in 2015 I was well prepared, coming into the race knowing what to expect with both the food and the racing. 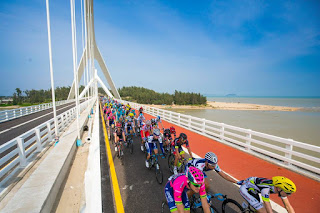 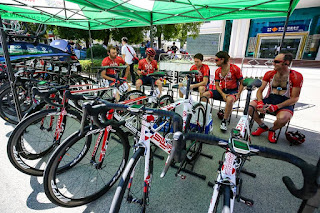 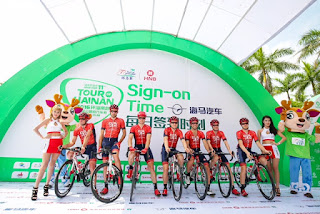 Experience is always a big advantage in most sports but even more so in Cycling, so it was good to know that all but one of my teammates who were representing Drapac this year had been here previously in 2015. 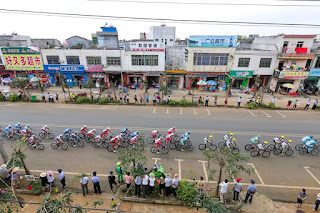 The racing was quite controlled during the stages, bigger teams allowing breakaways to escape and be caught before the finishes. This allowed us to have two bites at the cherry so to speak, trying to send riders in the breakaway but also line it up and give me a good crack at the sprint finishes.

There were many highlights from the week, so here’s a summary of the highs and the lows.

The start of the tour went a little more smoothly than last year after I crashed out in 2015 stage one, this year finishing a respectable 4th. It was a solid team lead-out, the boys did a great job, I was forced to the front a little earlier than I wanted but my last man Brownie shouted “GO!”, so I did but got passed in the final 50m. It was a solid sprint, I didn’t hesitate and I gave it a crack and enjoyed the race! 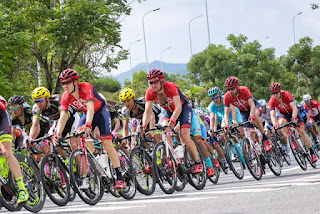 Good weather, although a little warm, was quite nice and much better than racing in the dirty rain with mostly blue skies and temperatures in the 30s for the whole week. The humidity made it even tougher and we all spent time at the team car collecting fresh bottles to keep hydrated for the longer stages. I have to thank my teammates for doing the majority of this, looking after me during the stages.

More opportunities presented themselves for the first few stages and although consistent, I couldn’t find the perfect run or sprint I wanted to finish it off. We had some good lead-outs, learning more about each other every day trying to get the perfect finish as a result of our ‘lead-out train’. 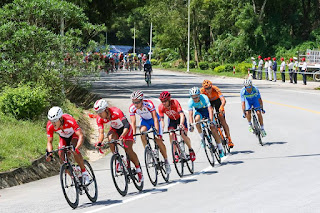 There were two stages suited to the General Classification riders and we had Lachlan Norris and Bernie Sulzberger having a go and they rode strongly for the rest of the week. Bernie worked really hard on numerous days to make the breakaway and in return, collected himself enough KOM points in the mountains classification, eventually finishing third overall. A great ride and well earned in his last professional race! 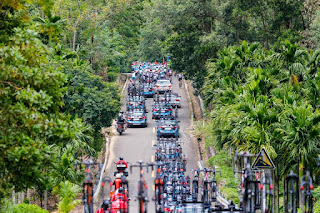 Lachy played a crucial role in our lead-outs, doing the early work alongside Peter Koning to put us in good position inside the final 5km. Our communication was put to the test at times, but when we got it dialed, the team showed it’s strength.

On stage seven, I found the podium in a close second place behind the big German and Team Giant-Alpecin rider Max Walscheid who was definitely the in-form sprinter of the week, finishing with five stage wins!

We had lost Brad Evans due to illness and Bernie spent the day in the breakaway but everyone did a great job to guide me into a position that I could box on for the victory in. It was messy and we were pretty far back at 800m to go. Brownie tried to go forwards but was blocked, so touching his brakes, as I was hard up his wheel, I clipped his back tire and had to unclip from my left pedal.

My split second thought was “don’t give up”, clipping straight back in and making up the lost ground with now only 650m to go. On the video you would say there’s no recovery but there was, following Brownie’s lead, getting me near the front and allowing me to do the rest in a sprint I felt and knew it was going to be good. It was only in the last 15m that Max came up besides me and we both lunged for the line. A close finish, but I was content with how I bounced back from a situation that many others would have given up in. 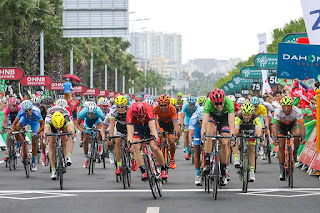 The throw for the line: 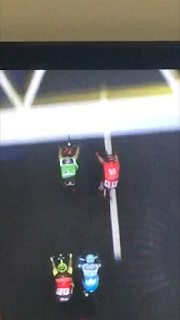 Champagne showers on the podium: 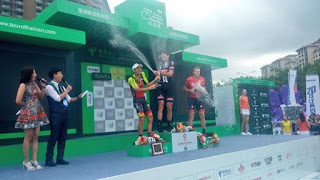 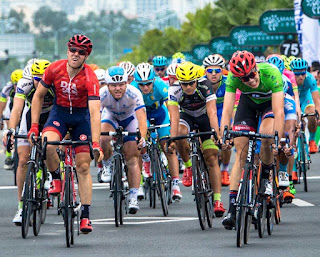 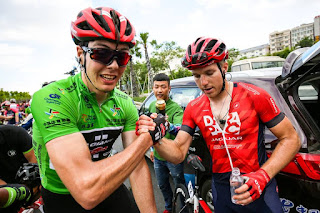 I finished the tour crossing the line on the wet roads for third place, the same stage I won in 2015. But when I got to the podium I heard that the Brazilian rider for Team Willier protested my sprint, explaining to the commissaries that I impeded his run. I didn’t even see him when I decided to sprint to the right-hand side of the road, he was actually a whole bike length behind my rear wheel, I didn’t even touch him. But despite explaining my reasoning I was relegated to the back of the placing’s for the stage. I disappointed and annoyed with the result which would have been another chance to walk on stage and show our team colors for the final time ever!

Over the nine stages, I crossed the line seven times inside the top ten, two inside top five and two in podium places! I was content with my performances, but I will keep working harder for that top step on the podium. 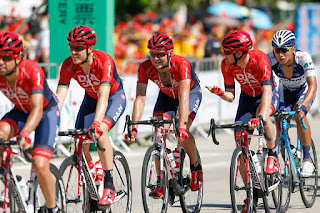 In their last professional bike race, Travis Meyer, Bernie Sulzberger and Graeme Brown would all be retiring. All three have had very extensive cycling careers, including many professional wins, Olympic Gold Medals and World Titles. They have passed on a lot of support and knowledge to me over the years, especially Brownie, who I must thank for all his advice and his lead-outs in the sprints, I’ve learnt so much under his wing and will benefit from the experience. It was great to be apart of their last professional race and I wish them all the best for the future careers outside of Cycling. 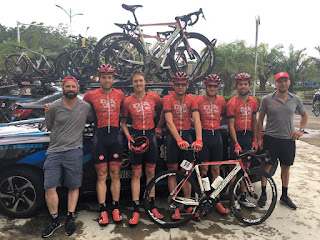 A big thank you to our staff, mechanics, soigneurs and director for their help throughout the week. China can be not the most pleasant place to race and work but with a team of support, we got through quite smoothly.

Stay tuned for my plans in 2017, I’ll be racing my bike and that’s what I love to do most, but you’ll have to keep posted for my next blog about my movements next year and season in review.