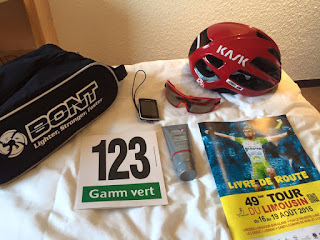 Returning to Europe and pining on the numbers again was a nice feeling.
It’d been a while since I lined up alongside my Drapac teammates so I was keen to get some racing intensity back into the legs.

The French racing is always hard, it’s the best I’ve experienced and with everyone out to win they race like true professionals.

For this tour we had only one hotel, which was good and it saved us a few minutes everyday not having to pack and/or unpack our bags for another hotel transfer. 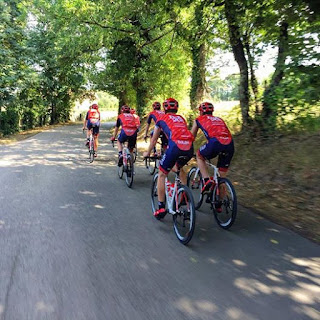 The weather was hot for the first two days (35 degrees), then perfect (mid-20’s) for the last two. It’s a nice time of year to be in the south of France and coming from a cold Melbourne winter, I didn’t mind the warmer conditions.

Expecting a couple of bunch sprints I was ready to give it a crack, however we didn’t quite envisage how tough, narrow and fatiguing the terrain was going to be. 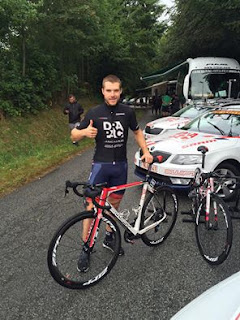 Over the four days of racing we saw about 2kms of actual flat road, the rest was either up or down which made for some seriously demanding conditions.

We all gave it a shot everyday and I felt a little better as the tour went on, which I knew would be the case having little racing in the legs and a week of European adaptation post travel.

Everyone played their role and supported one another on various days, sharing the teamwork around which was nice to see. The sacrifice from my teammates is much appreciated and it was a nice change to play a supporting role on a couple of the stages as well. 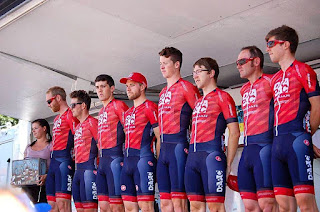 On the third stage, the brutal terrain saw 23 DNF’s including guys like Nacer Bohanni. We finished the tour with five riders, seeing Brownie, Kerby and Mouris shut it down early along with the many others. To give you an idea of how hard the race was, we started with 166 riders and finished with only 126.

Brownie enjoyed spending the last two stages in the team car, getting the sports directors’ master class from our DS Tom Southam, still using his race experience but from behind the radio. 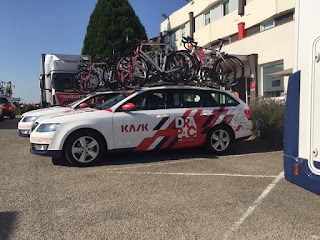 It was a ruthless return to racing but I definitely learnt from the experience of quality racing and rubbing shoulders with some of the best World Tour and Pro-Continental teams. I know the body will reap the benefits and put me in a good place for the upcoming Pro Kermese races and the next UCI tour, Tour of Fjords in Norway. Races like this will only make you stronger for the next one.