With 2013 coming to a close, preparation for an exciting 2014 season is well on track with the newly named Avanti Pro Cycling Team. 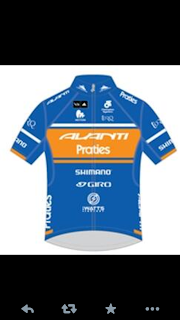 The season ahead brings with it, new teammates, experiences and a whole lot of new Avanti bikes and gear from our supportive sponsors. I’ll be riding the Corsa DR (Drag Reduced) which is Avanti’s aero road bike. I love the handling of this bike and the stiffness really helps with sprinting. Some of my other teammates will be riding the Corsa SL (Super Light) - the newest model to be released by Avanti which is claimed to be a few hundred grams lighter than the DR model and will benefit our climbers on the hilly stages. My first ride on the new bike was in Melbourne and after a few laps of the side streets, a photo oportunity appeared, below: 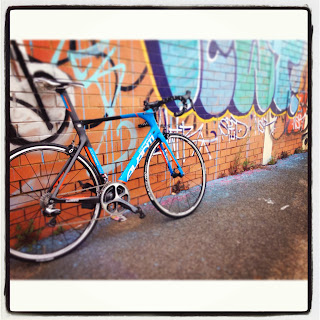 From the 2nd of January, I will be racing my first event of 2014 season at the Mitchelton Wines Bay Cycling Classic which will feature a quality line up of Australian and International pro riders. I am riding in a mixed team which includes Garmin-Sharp pro rider Steele Von Hoff. It should be a great few days of racing and a nice build up to the National Championships which will be my next event on the calendar, and the first race for my teammates and I as Avanti Pro Cycling Team. The nationals will be my first race in the elite ranks after previously racing in the under 23 age category. I’ll be competing against a host of national, commonwealth, world, olympic and Tour de France champions and I can’t wait. I hope to contribute to our overall team success and climb well enough on the challenging Buninyong course to be at the pointy end of the race. Following nationals, the Jayco Herald Sun Tour and the NZ Cycle Classic - both UCI level races -will be the next events on the cards for our team. I’ll be sure to keep updated with my progress which will be posted via my blog and my twitter account: @brenton_jones. Avanti Pro Cycling Team have social media pages which you can also follow, but their website is: http://genesysprocycling.com.au. You can check out rider bio’s, our many sponsors and the latest race reports to track our season progress. Links to the team FB & Twitter accounts are on there too. Until then, safe riding and have a happy new year. Brenton.